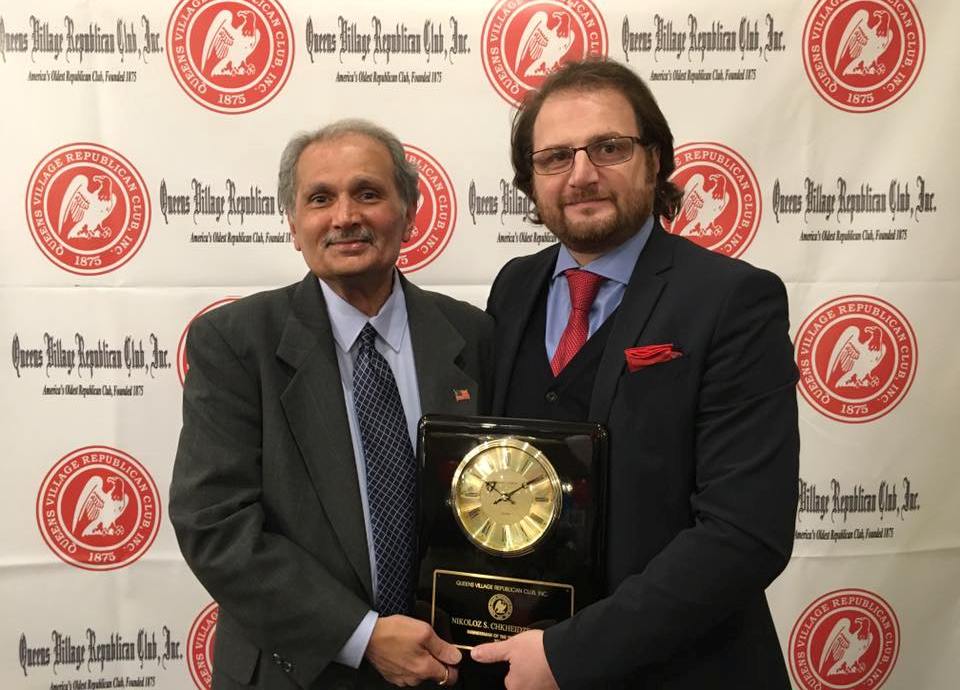 Nikoloz Chkheidze, Chairman of Tvistomi Association – Georgian Community Organization of America, received the Businessman of the Year award at the 141st Anniversary Lincoln Dinner. Hemant Shah, was the presenter who said you can go to Italy but you can’t become an Italian, go to Germany but you can’t become German, but you can go to America and become an American.  Nikoloz came to America and became an American.  He was a Medical Doctor and a Freedom Fighter against the Soviet regime in Georgia, and said it was the great leadership of his hero, the hero of the Georgian people, President Ronald Reagan, who made it possible to defeat the Soviet Union. He holds the greatest appreciation for America, the greatest county in the world, the country where his dreams are coming true.