This is an urgent message from Phil Orenstein, president of the Queens Village Republican Club, to all our gubernatorial, statewide and congressional Republican candidates, Councilmen, campaign staff, Chairman Cox and our GOP Party leadership. 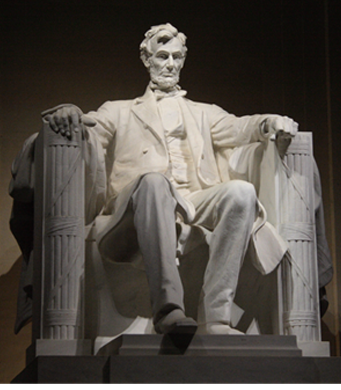 Our number one concern is the safety and security of all New Yorkers. In that regard, I urge you to issue an urgent call for a state of emergency declaration regarding Al Sharpton’s anti-police rally in Staten Island this coming Saturday and insist that the protest be postponed until things calm down.

Ferguson, Missouri, the city under siege, has been exploding in violence that is out of control, and the same perpetrators, rabble rousers and agitators will be on hand in NYC Saturday to stir up trouble. There will likely be violence, rioting and looting in our city.

True Republican leaders cannot be afraid of Sharpton and his professional agitators. The NYPD and police forces of our nation cannot be bashed and morally degraded as they presently are, while we sit quietly on the sidelines and say nothing. The purpose of the anti-police rally is to condemn the NYPD for brutality. We need to speak out, hold press conferences, issue press releases and flood the public domain with our proud voices of support for the NYPD and the Police of Ferguson, Missouri as well. The rioters of Ferguson, the agitators, the media, politicians and spineless leaders have become a lynch mob. They have already condemned the police for the murder of Michael Brown, rather than wait for the trial, the verdict and due process of the law.

The GOP is the Party of Law and Order. As such, we have to speak up in support of our police, whose job it is to maintain order, not stand back and wait until the professional agitators do their jobs, and foment chaos and lawlessness. We Republicans have to tell the truth: what is transpiring on the streets of Ferguson and in the daily news, is a rush to judgment. This applies to the case of Eric Garner as well, who died after an NYPD officer allegedly put him in a chokehold. We don’t know all the facts, yet we are rushing to judgment. Law and order must prevail and we must take the mantle of leadership and say so for safety and good of all.

Mayor Giuliani and President Nixon were elected on a platform of law and order. This is the Republican platform. Public safety and national security come first on any GOP platform, especially in time of crisis as we are in right now in NYC. In 1968 when riots and flames engulfed Chicago, Detroit and cities throughout America, Nixon proclaimed that law and order must be maintained in America. As candidates, they displayed leadership in crisis.

Unless I missed it, I haven’t seen any words of support for our police from our Republican candidates or Party leaders. I haven’t seen or heard any remarks condemning the decision of the UFT leadership to co-sponsor Al Sharpton’s anti-police rally, except for liberal Democrat, Assemblyman Matt Titone, as reported in the NY Post, who spoke out regarding Eric Garner’s death, which is the reason for the planned protest. He said he’s “shocked at how many people — smart, intelligent people — are jumping to conclusions. We still don’t know all the facts.’’

Also as reported in the Post, Conservative Party chairman Mike Long, to his credit, blasted UFT president Mike Mulgrew saying: “It’s absolutely outrageous that Mulgrew would be using union dues to help Al Sharpton, who is not only a racial hustler but a tax evader. Teachers, who are law-abiding citizens, won’t want to see their dues go to a racial hustler and a tax evader. Mulgrew has crossed the line here. I hope rank-and-file teachers re-evaluate who leads the teachers union.”

Teacher’s are outraged and calling in to their union to stop their dues payments. Republican candidates should hold a press conference tomorrow to condemn the UFT.  It is despicable that the teachers union is going against the police. You need to state that if any violence occurs on Saturday, the blood is going to be on the hands of Mike Mulgrew as well as Al Sharpton. Both Sharpton and Mulgrew should be arrested for being the accomplices of anticipated violence, if it does occur.

People everywhere are fed up with the silence of the Republicans. We have come to expect nothing less from the Democrats. It is customary that they will demonize the police and fall for Sharpton’s bullying tactics for fear of being called racists. We expect Obama to use the moral equivalency argument with the police as he has done so often with Israel and Palestinian terrorists.  In this case he is saying the rioters and Sharpton are on the same moral plane as the police. The rioters have to back down and the police have to back down. We can expect silence and indecision from Cuomo and de Blasio as well. They will never stand up for our men and women in blue and risk alienating their radical leftist voting blocks.

Republican candidates need to show leadership now, before you are elected to public office, otherwise how can the voters judge how you will lead our city, state and nation once you are in public office? You have to call for the postponement of the Saturday protest right away, because it’s an emergency situation now. You may reasonably say that they can resume the rally a few weeks from now after things calm down. That’s showing leadership. The people of NY will stand up and applaud.

I am out on the street every day and the voters I speak to are fed up. They are fed up with the Democrats, but also with the Republicans. People want law and order first and foremost. Public safety and security is the voter’s number one concern. People are asking, why should I vote Republican now? They are not showing strong leadership now in this crisis situation. We Republicans are letting Al Sharpton control events. We need to stand up and take the lead.

Take the lead, and back the police who put their lives on the line every day to protect the lives and property of all New Yorkers. Who speaks for the NYPD? Who speaks for the hard working citizens of New York who respect and believe in our police and want protection for themselves and their families? Who is giving the other side of the story? It is a true leader who must do so. That is our job as Republicans, the Party of Lincoln.

This is not copyrighted material. I don’t need credit for saying what has to be said. These are my words and your words, but words that must be said. You, our prospective Republican representatives must say these words and take leadership.