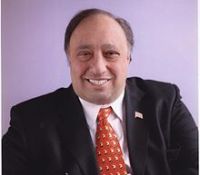 At the end of the 2013 Lincoln Dinner speaking program, John Catsimatidis was called upon to say a few words about his candidacy for mayor of New York. Joe Lhota and George McDonald were present for the cocktail hour, but Catsimatidis was the only GOP mayoral candidate who stayed through the entire dinner party. Catsimatidis followed Greg Buckley, Sr. and Pamela Geller, which was a tough act to follow. The first thing he said, in a veiled quip at Lhota, was that if he were head of the MTA, she would get her signs right away and wouldn’t have to sue. He spoke about his own 20 year old son and how he understands the pain of the Buckley family. He has a lot of friends in Washington and he said he is willing to do whatever he can do to help. He said “your son deserves justice, and nobody forget in this room, that we’re not going to stop until we get justice.”