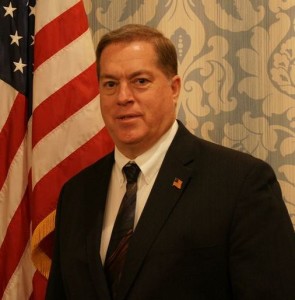 Concannon’s City Council race was an unexpected turn of events brought about by the political firestorm over the City Council’s anti-Stop, Question and Frisk legislation dubbed the “Criminal Protection Act” and championed by Councilman Weprin, who voted in favor of two bills, Intros 1079 and 1080 which would handcuff the police and protect the criminals.

Weprin also aligned himself with leftwing Federal Judge Shira Scheindlin who recently ruled that NYPD’s “Stop, Question and Frisk” policy is unconstitutional and ordered an outside monitor to oversee the NYPD’s implementation of the policy. The biased judge also accused the NYPD of practicing a “policy of indirect racial profiling.” Weprin concurred with the ruling saying, “New York City has abused stop-and-frisk and created mistrust in the community.”

Councilman Weprin sees the police as the problem, Joe Concannon sees the police as the solution. Concannon’s lifetime career in law enforcement, InfraGard, an FBI public/private initiative, and the Giuliani administration has prepared him to take on a career politician who is committed to advancing his own political aspirations rather than listening to the community. Since Weprin is running for Council Speaker, he has taken this anti-law enforcement position in order to curry favor with his liberal base of support in the City Council.

The roles of Concannon’s 25 year law enforcement career with the NYPD have ranged from planning city-wide emergency management protocols and operations to directing and coordinating the early computer operations, LAN management in New York City and government oversight. Concannon is the recipient of over 17 NYPD awards and commendations. He was appointed by Mayor Rudolph Giuliani to the position of Deputy Director in the Mayor’s Office of operations. Concannon led InfraGard in NYC for 12 years. His vision and endless energy pushed the NYC alliance into the national spotlight which enabled the FBI to expand its national membership and provide a road map for other alliances around the nation to establish similar programs, while recruiting and training over 5,000 security professionals. Concannon has been awarded by InfraGard’s National Board the Linda Franklin Leadership Award and the NYC Alliance Outstanding Outreach Award.

There are 7 comments. Add yours.