Concannon received the enthusiastic endorsement of Patrick Lynch, president of the NYC PBA the world’s largest police union, as he said: “We’re here today to endorse Joe Concannon for City Council. He understands policing, he understands safety. If you understand that aspect of living in this city, all else follows. Economic issues follow the safety issues. When this City Council tries to handcuff the Police Dept with these ill-advised bills that will hurt every NYC police officer as our members, but the public because it hampers us from doing the job, we cannot allow this to happen.” 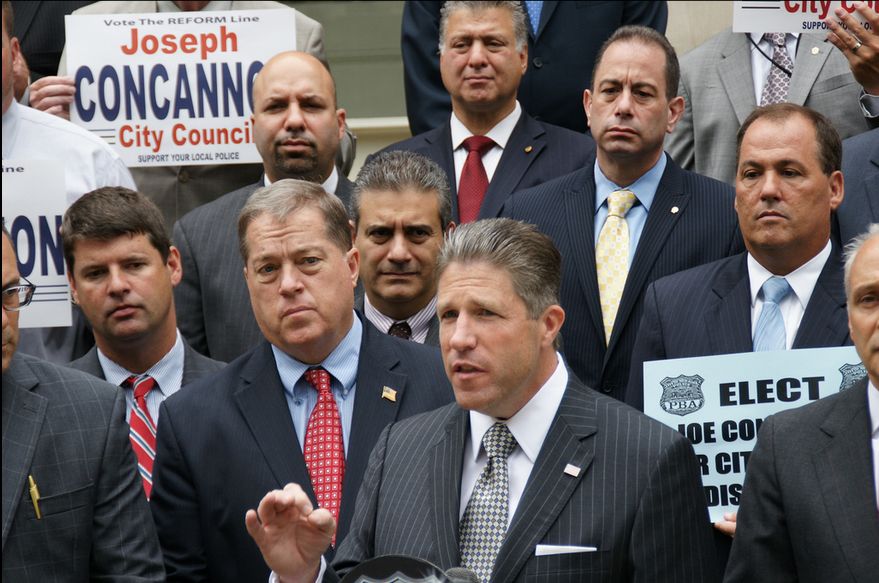 Detectives Endowment Association President Mike Palladino said: “17,000 active and retired NYC Detectives support Joe’s candidacy 100%.” He asked a question that “should be a question that the press asks him as well: Why does Councilman Mark Weprin lie?” He went on to say that Weprin misled the DEA during their endorsement interview process, which is why they revoked their endorsement: “We asked his position on the bias-based profiling bill and he told us he would vote against it and instead he voted for the bill.” When asked why he lied, Palladino asserted that, “Weprin’s position is that he’s more concerned with bettering his political career than public safety.”

Joe Concannon spoke about the “great pleasure and honor” to be surrounded by his colleagues, as “each and every law enforcement agency in the city and its personnel are behind me.” He intends to ask Mark Weprin: “Why are you putting the safety and security of every single member of NYC at risk?” and revealed the reasoning behind his reckless vote: “So Mark Weprin can become the speaker of the City Council and appoint his friend Jim Gennaro to be the police monitor in the Dept of Investigations.” Concannon implored the voters: “I’m asking you in November to line up with me on the Reform Party line and vote for Joe Concannon for City Council, and I can assure you I will never risk the safety and security of one NYC citizen at any time at all.” He continued, “The safety and security of this city is tied inexorably to the vitality of the economy of the City of NY. That’s why we have a wonderful city. That’s why we call it home.”

Concannon stated that the one campaign slogan and theme that will be ubiquitous throughout the race will be: “Support Your Local Police.” 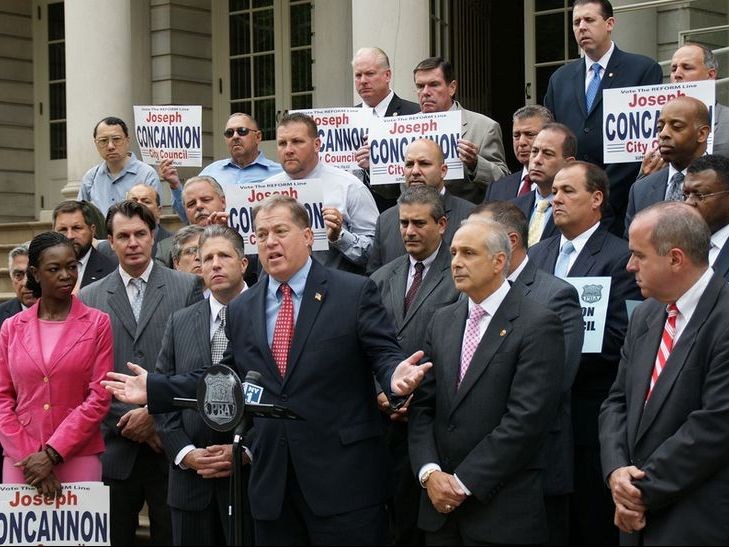 « PreviousAmerica is in Danger of Becoming Divided
Next »U.S. Federal Courts to NYC: Go To Hell