“This is the start of Cuomogate. As more people are questioned, it will unfold. People are tired of the corruption in Albany. There’s a reason why New York has the highest taxes and the worst business climate.  The corruption has to come to an end.” 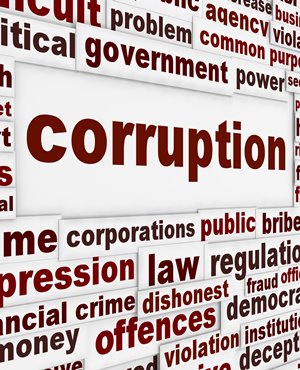 This outstanding interview with Rob Astorino by Mitchell Langbert, associate professor of business at Brooklyn College was written as an exclusive for The Lincoln Eagle, a popular upstate newspaper written by its readers, that offers an alternative to the narrow-minded elitism of mainstream journalism.

Mr. Robert Astorino’s choice of running mate, Chemung County Sheriff Christopher Moss, reveals much.  Sheriff Moss is president of the New York State Sheriffs’ Association, and he is a vocal critic of the SAFE Act. He will be the first African American statewide GOP candidate.

In his ethics platform Mr. Astorino advocates limiting terms for statewide offices to two, limiting the length of the legislative session, and ending the naming of extravagant, taxpayer-funded buildings after current officials.  Most of all, he aims to put an end to the erupting scandal related to the Moreland Act commission that now engulfs the Cuomo administration.

Governor Cuomo had set up the Moreland Act commission to investigate corruption in Albany.  The New York Times has reported that Governor Cuomo’s chief and closest aide, Lawrence S. Schwartz, interfered with the commission when it began to uncover ethics issues that directly involved Mr. Cuomo himself.  Manhattan US Attorney Preet Bharara has since taken control of the investigation’s records.

I interviewed Mr. Astorino by telephone on August 11.  He was born in Mount Pleasant, New York in 1967.  He was a television broadcaster on MSG and cofounder of 1050 AM ESPN radio.  He also was a radio host for Sirius XM Satellite Radio’s Catholic Channel.  Since 2009 he has been Westchester County executive.  He continues to live in Mt. Pleasant with his wife and three children.

The Lincoln Eagle:  How bad is Cuomo’s corruption problem?

Astorino:  It’s just the beginning.  This is the start of Cuomogate. As more people are questioned, it will unfold. People are tired of the corruption in Albany. There’s a reason why New York has the highest taxes and the worst business climate.  The corruption has to come to an end.

TLE:  A video on your campaign’s website, http://www.robastorino.com, says that Andrew Cuomo diverted money meant for Hurricane Sandy’s victims to self-promoting commercials. How did he do that?

Astorino:  Governor Cuomo is spending $200 million on his Start-Up New York ads, which are airing around the country.  Under the plan, state-privileged companies can locate on college campuses and get tax exemptions.  The state has been advertising the plan in places with economies that are healthier than New York’s, like North Dakota and Texas.

No one is going to move a business from Texas to New York, with its bad business climate. Meanwhile, Governor Cuomo has failed to pay designated money to Sandy relief victims.

TLE: That’s similar in spirit to his announcement of tax-rebate checks to be mailed to voters just weeks prior to the election.  Instead of gimmicks, what are three substantive steps required to make New York State economically competitive in the long term?

Astorino:  We’ve got the highest taxes, the worst business climate, and the most onerous regulation in America. To jumpstart the economy, we need to approve natural gas exploration in upstate communities that want it. Natural gas production would create billions in revenue. We need to stop treating business as the enemy.  We need to bring taxes down in a real way and to stop nickel-and-diming businesses through fees. Most people are just scraping to get by, and many people are working two and three jobs because the business climate here is poor. More than 400,000 people have left the state during the Cuomo administration.

TLE:  What else would you do to stop the hemorrhaging of population from the state?

Astorino:   Besides getting environmental, health, and energy groups together to take advantage of fracking in a clean way, what I will bring to the governor’s office is real-world experience. My wife and I have increasing difficulty affording the costs necessary to raise our three kids because of the economic climate.

As county executive I reduced Westchester’s budget from $1.8 billion to $1.7 billion, and I have cut the county’s taxes by 2%.  We’ve made it easier to do business in Westchester.

TLE: According to the Public Policy Institute of New York, New York’s per capita state and local spending on welfare is highest in the nation.  What policies, if any, would you revise?

Astorino:  To reform welfare, we need to reform expenses and eligibility. We need to study why we are out of whack.  Why does Florida have half New York’s expense? Using a point-by-point comparison with other states, we can bring our program into line.  As well, workfare can be strengthened.

Astorino:  We have reduced Westchester’s government workforce by 14%, and I would do the same at the state level.  At the same time, we have to look at balance. It’s preferable to avoid layoffs, but you can’t escalate salaries and benefits either.  You need to look at a third avenue: Reforming pensions, salaries, and work rules.  Raising taxes is not acceptable.  Instead, adoption of defined contribution pension plans in place of costly defined benefit plans, making sure that workplaces are efficiently designed, and making sure that pay is in line with market rates are ways to contain costs.

You need to reduce spending before you reduce taxes.  You can’t have a fake tax cut or a fake rebate check, and then increase expenses. We have a budget that’s twice the size of Florida’s, but we have the same population. We’re coming out with a detailed state tax plan in September, and it will be specific.

TLE: New York has the most costly Medicaid system in the continental U.S., spending more than $8,500 per beneficiary. How would you reform Medicare?

Astorino:  We spend over $55 billion on Medicaid, more than Texas, Florida, and Pennsylvania combined. The system is broken. We’ve got to reform it. If waste and fraud continue to be built into it, it will gobble up everything else. In Westchester we’re spending close to 50% of every county tax dollar on Medicaid. In other counties the cost is almost 100%.  We need to analyze New York’s Medicaid plan with respect to eligibility and benefits.

TLE: Is the SAFE Act Constitutional, and can it be repealed?

Astorino:  It must be repealed. Sheriff Moss is my running mate. He’s the president of the New York State Sheriff’s Association.  The SAFE Act created a new class of criminals who just the day before were law abiding. The way to deal with mental illness is to give professionals the tools they need to deal with it. The way to help troubled young people is through counseling.  It is important to protect state and private buildings, including schools, from intruders.  It is wrong to violate the Second Amendment.

TLE:  What is your opinion of the common core standards-based system adopted by about 40 states, including New York?

Astorino:  We are creating the Stop Common Core Party ballot line.   We’ve gotten the largest number of signatures ever collected for a third-party line.

Common Core takes away authority and decision making from the local level–from parents, teachers, and the community.  It transfers authority to an untested bureaucracy.  I would go back to the lost English Language Arts (ELA) standards that former regent Saul Cohen and Walter Sullivan had spearheaded.  Unlike Common Core, the ELA standards would have given flexibility to the teacher and focused on literature.     They were looking at deemphasizing formal tests, putting decision making back into local school boards, and raising standards.

In contrast, Common Core has been a disaster. My children are going to school, and I’ve been involved directly. Educators, teachers, and parents agree that the standards are poor.  Indiana, Oklahoma, North Carolina, South Carolina are already getting out of it. So should New York.

TLE: Thank you very much, Mr. Astorino. Your message is long overdue. I wish you luck.