Michael Conigliaro presented the “Future of America Awards” to Nicole Weingartner, Ryan Girdusky and Michael Jannis, on behalf of the Queens Village Republican Club, at the 143rd Anniversary Lincoln Dinner.

Michael Conigliaro, the Managing Director of the Italian American Federation of Brooklyn and Queens, and mentor to one of the honorees, presented the “Future of America Awards” to Nicole Weingartner, Chief of Staff of the New York State Young Republicans, Ryan Girdusky, President of the Middle Village Republican Club, and Michael Jannis, Legal Assistant at the law offices of Parola & Gross, LLP. All three started their careers in politics at a very young age; Ryan when he was 19, and Michael received an internship position at Congressman Peter King’s office when he was 14 years old. Nicole chairs and leads many political and civic organizations outside of the workplace. They all have grand dreams for the future. Michael’s is to become President of the United States. 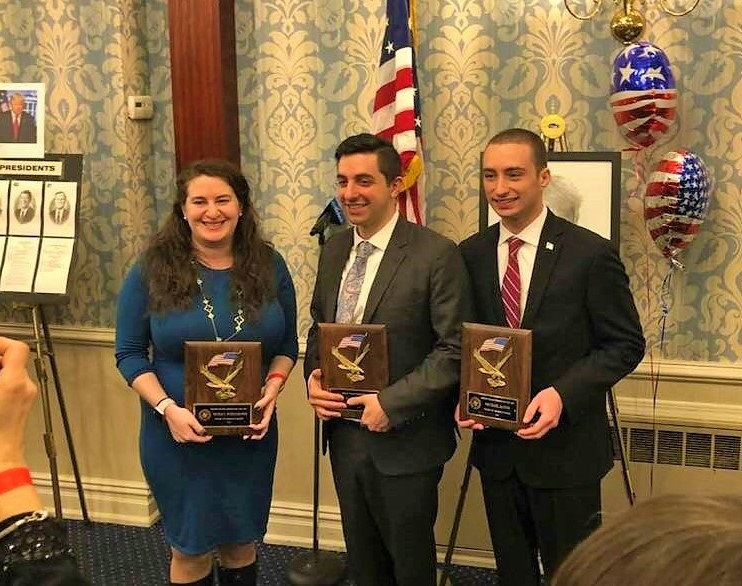 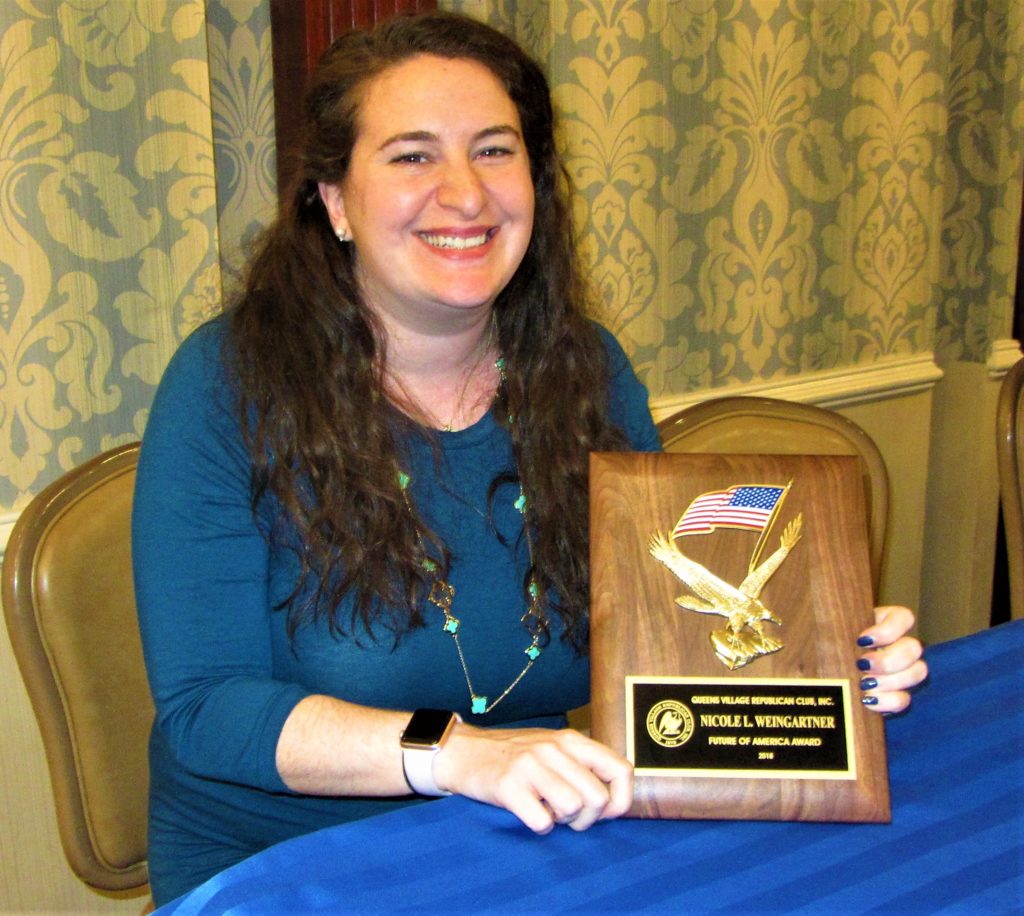 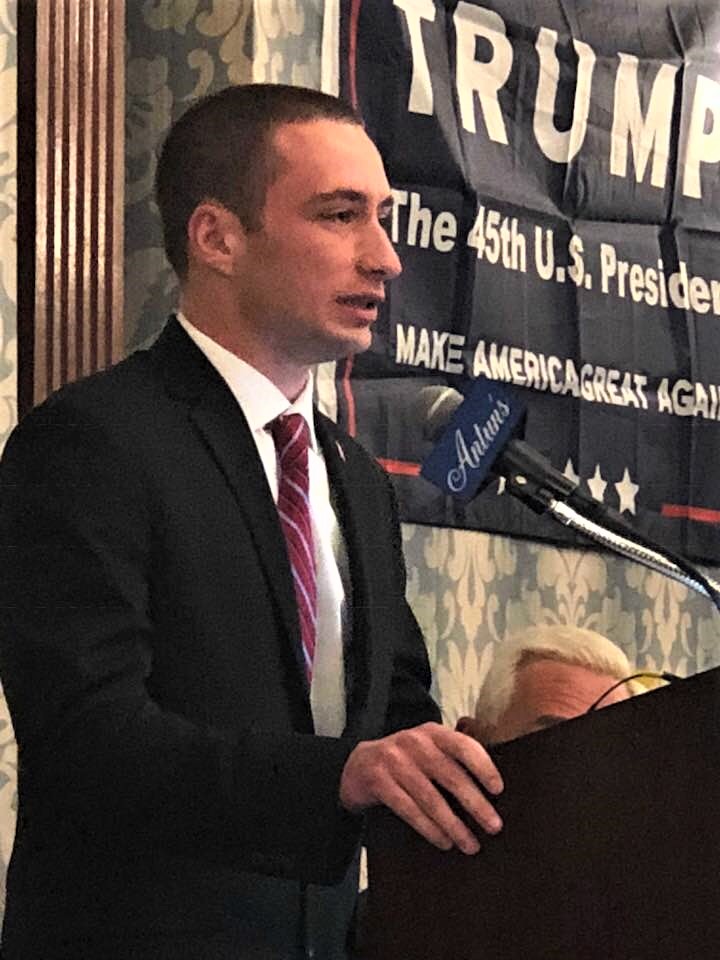 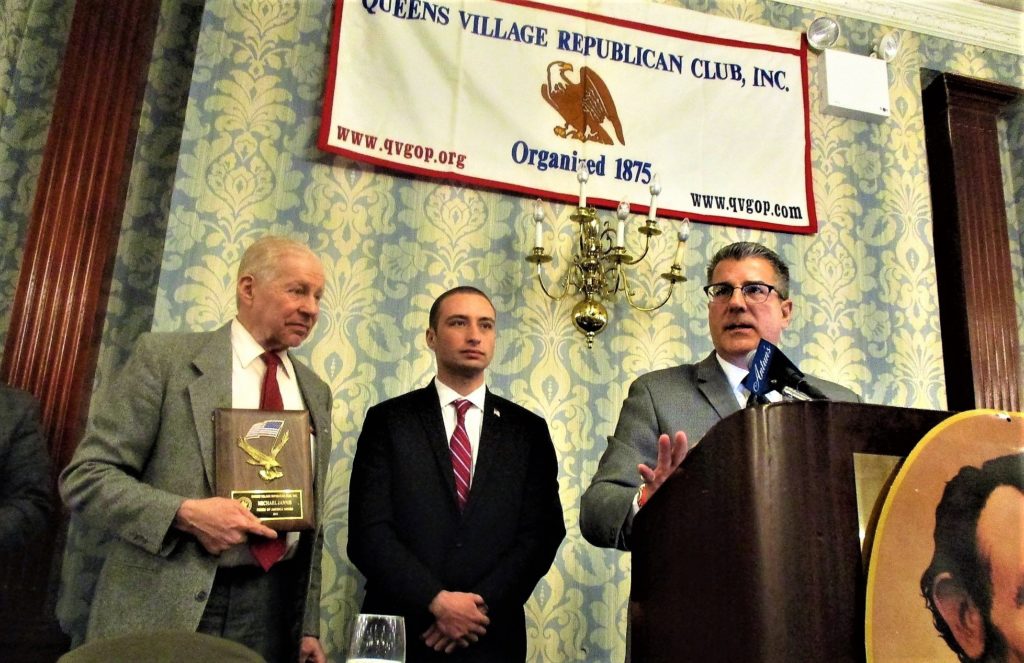 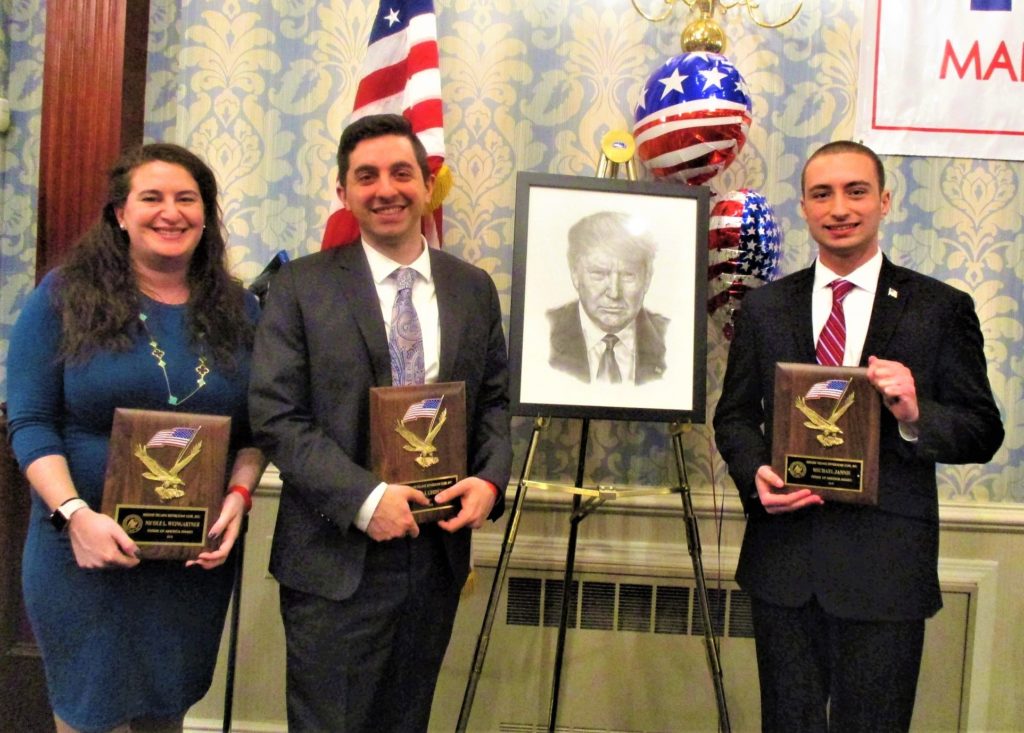 « PreviousVideo: Honoring Ann Schockett, Republican Woman of the Year at the Lincoln Dinner
Next »Lucy Salpeter: On the Honors Bestowed Upon Her Daughter, Ann Schockett