Frederick R. Bedell Jr., a concerned resident of Glen Oaks Village, wrote the following letter published in the Queens Ledger about the threat to public safety for the community posed by the lax security at Creedmoor Psychiatric Facility which has allowed another convicted killer to escape. 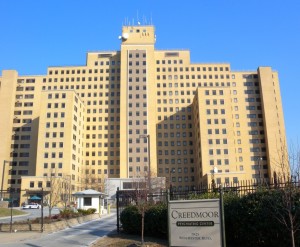 I found it quite troubling to read about state run Creedmoor Psychiatric Facility in Bellerose and that a week ago a convicted killer who was there for observation had escaped. This is the second occurrence in ten months at the facility. There seems to be a lapse of security at Creedmoor and that worries many of us in the surrounding communities. Now my wife and myself and our neighbors live only three blocks away and worry about future escapes and the risks to our own lives. But on a positive note our own Co-op President of Glen Oaks Village, Bob Friedrich as well as twelve other civic leaders and their associations and including our local elected officials have joined together to try to correct this situation. They have just released a statement at a meeting in Queens that laid out a seven-point plan that they would like to see implemented, including a full investigation at the facility, This I feel is a step in the right direction. The bottom line is that steps not taken will further endanger all of us in the community. Here is the seven point plan they came up with:

1.  A full investigation of this incident.
2. Adoption of a comprehensive security plan for the entire Creedmoor campus that would prevent a recurrence of similar incident in the future.
3. NYS office of Mental Health must provide the resources to fund a proper level of security.
4. Disclosure of transparency as to the type of individuals being housed at Creedmoor.
5. A Community Notification Protocol to provide alerts of dangerous situations.
6. A similar review and assessment of security at nearby Zucker-Hillside Hospital.
7. The inclusion of nearby civic associations and other stakeholders in the outreach and development of a security plan.
Now these are well thought out plans and need to be acted upon.