The Club’s annual Christmas/Chanukah Party was held on December 5, 2014, about a month after Election Day when Republicans were still recovering from hard fought campaigns in a deep blue city that just experienced the lowest voter turnout in 50 years. But the room was packed to the rafters with spirited Club members, friends and volunteers from the recent campaigns. Due to a clerical error on the part of the reservations department, nearly 20 more people showed up exceeding the count we had given to the restaurant, which threw the caterers into a bit of a tailspin.

Obama was very successful at the Social Media political marketing game crushing Romney’s efforts in the past presidential elections. We can learn from team Obama’s use of Facebook, YouTube and Twitter to engage target audiences, share and connect with the voters so that the intended message snowballs to the American people. 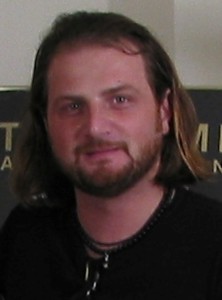 Nickolas Chkheidze, President/Founder of the American Georgian Community Organization. He read from a written statement, but his words were sincere and moving to everyone in the room who heard his heartfelt passion. He had emigrated from Georgia, a country torn asunder in the throes of independence from the Soviet sphere. He was an active leader in the recent Georgian presidential election and the country’s transformation into a flourishing Democratic state, while neighboring Ukraine is presently engaged in their own revolutionary struggle to extricate themselves from Russian domination as Putin aspires for the restoration of the “Evil Empire.”  Nickolas spoke reverently about the great communicator and liberator of his people, President Reagan who fought heroically against the global and domestic threat of communism. Unfortunately we no longer have great leaders like Reagan, Thatcher or Churchill to lead America back to freedom, he lamented. But we have great potential leaders right here in this room, and we need to rebuild and rebrand the Republican Party until these capable leaders take their seats in public office. This is the new face of the Republican Party.