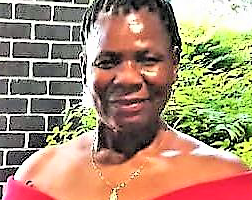 It is no coincidence that the left wants to rewrite American history with regard to the Republican Party, slavery and the civil rights movement. Leftists and mainstream media have been misinforming and misleading the public about the conservative policies that have been enacted and implemented by the Republican Party. In order to debunk their narrative, it is imperative that we educate ourselves by doing our research on the numerous endeavors the Republicans have successfully pioneered to uplift the Black community in the United States of America.

The Republican Party was founded in 1854 in a schoolhouse in Wisconsin by anti-slavery activists who opposed the Kansas-Nebraska Act. Its purpose was to counter the Democrats’ plan to expand slavery. Republicans have been the champions for the civil rights of Blacks since the moment President Abraham Lincoln freed the slaves to the present time. They have advocated and provided opportunities for Blacks to attend college and become successful citizens, among other achievements.

Below is a list of actions that the Republicans have undertaken to ensure equal opportunities and make a positive difference in the lives of Blacks:

1. In 1865, Republicans under the Presidency of Republican Abraham Lincoln passed the 13th Amendment, which ended slavery.

2. In 1865, Republicans drafted the bill “40 Acres and a Mule”, saying that newly freed Black people should get 40 acres and a mule, but Democrat President Andrew Johnson blocked it, denying former Black slaves the ability to generate financial self-sufficiency.

3. Republicans passed the Civil Rights Act of 1866, which gave Blacks the right to buy and own property.

4. In 1866, Republicans passed the 14th Amendment, which granted citizenship to Blacks, including formerly enslaved people.

5. In 1869, Republicans passed the 15th Amendment, which gave Blacks the right to vote.

6. Republicans passed the Civil Rights Act of 1871 to protect Blacks from the Ku Klux Klan.

7. Republicans passed the Civil Rights Act of 1875, which gave Blacks the right to serve on a jury.

8. In 1901, shortly after moving into the White House, Republican President Theodore Roosevelt invited his adviser Booker T. Washington to dine with him and his family. This was the first time a Black person dined in the White House.

9. In 1954, Republicans endorsed and supported Brown vs Board of Education, outlawing segregation in public schools. Although this case was settled by the Supreme Court, Southern schools remained segregated for 16 years. It was in 1970 that Republican President Richard Nixon accomplished the total desegregation of the schools.

10. In 1957, Republican President Dwight Eisenhower sent in the Federal troops to escort nine Black kids who entered Little Rock’s Central High School in Arkansas for the first time. This is known as the “Little Rock Nine.”

11. Republicans passed the Civil Rights Acts of 1957 and 1960, which increased the protection of Blacks’ voting rights.

12. Republican Senator Everett Dirksen co-wrote the Civil Rights Act of 1964, and he helped that law get passed. Most Republicans voted in favor and the Democrats opposed.

14. In 1983, Republican President Ronald Reagan signed into law the bill that made Martin Luther King Jr.’s Birthday a national holiday.

19. In 2019, Republican President Donald Trump signed a bill that will permanently provide more than $250 million a year to the Historically Black Colleges and Universities.

20. In 2021, Republican Senator John Cornyn wrote and helped to pass a bill making Juneteenth a national holiday. Juneteenth marked the end of slavery.

Democrats in cahoots with the mainstream media portray Republicans as racists. Obviously, this is not the case. Republicans’ actions on behalf of Blacks, as stated above, speak louder than words and contradict the Democrats’ false accusations.

Surprised by this information? Stay tuned for Part 2 of this article in our next issue!