September 22, 2015by Phil Orenstein in Uncategorized 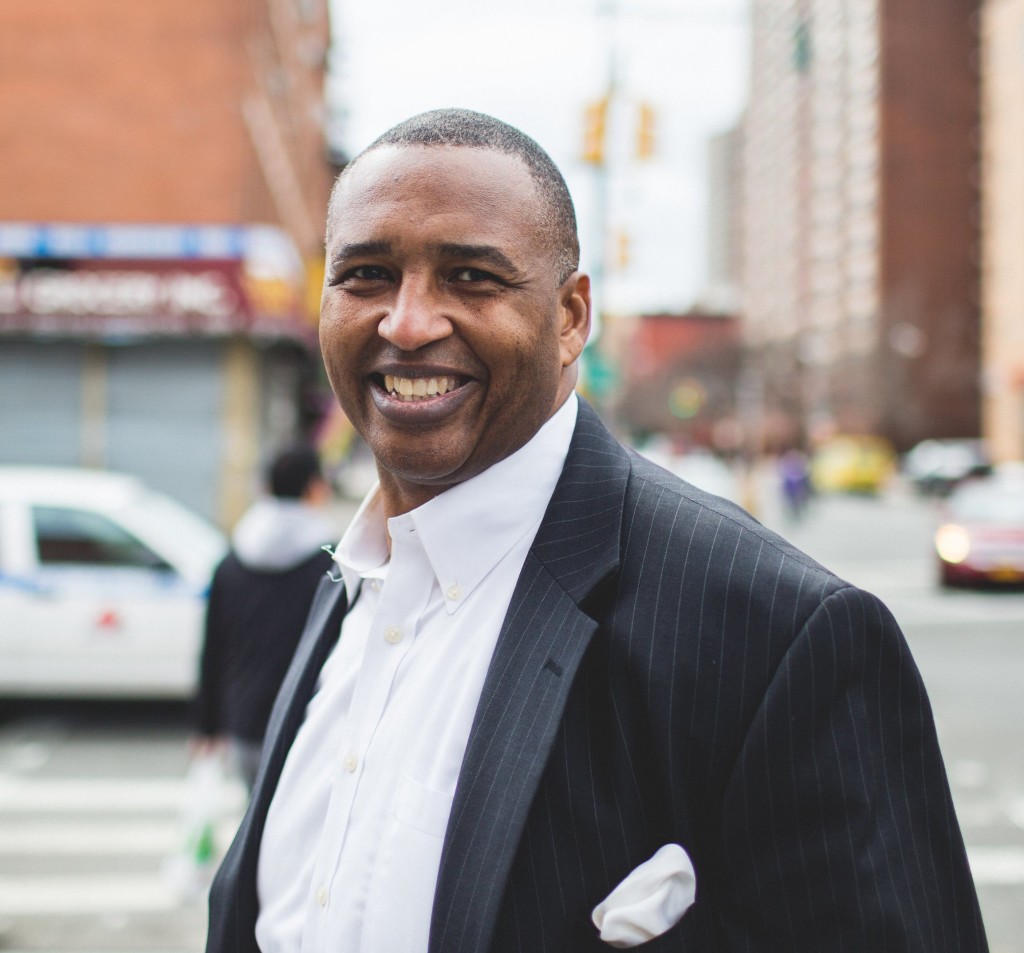 For more than 30 years, Rev. Michel Faulkner has dedicated his life to serving God and his community. Growing up in Washington, D.C., he was an all-star football player that became a freshman All-American and four-year starter at Virginia Tech.  In 1980, Rev. Faulkner graduated with a B.A. in communications.

After college, Rev. Faulkner played one season (1981-82) with the New York Jets in the NFL.  In 1983, Faulkner returned to Virginia Tech and graduated with a Master’s degree in education and career counseling in 1985.  Upon completion of his Master’s degree, he accepted a position at Liberty University to become the Assistant Dean of Students in 1985, and was promoted to Vice President for Urban Ministry in 1987.

In 1988, Rev. Faulkner and his family moved to New York City where he served as Assistant Pastor and Director of the Lamb’s Center for the Lamb’s Church in Times Square.  One year later, he joined the staff of Calvary Baptist Church in Midtown Manhattan as Pastor for Youth and Community Outreach.  Rev. Faulkner was ordained at Calvary in December of 1991. While at Calvary he also served as co-chairman for the New York City Board of Education’s HIV/AIDS Task Force.

In 1993, Rev. Faulkner became the Senior Pastor of Central Baptist Church in the Upper West Side of Manhattan.  He was able to grow the congregation from an average of 50 weekly attendees to over 400. During his 13-years, numerous city and leadership development programs were conceived and implemented.

Rev. Faulkner’s community involvement has included:  participating as a 1992-1993 Coro Leadership New York Fellow; serving on Mayor Giuliani’s Task Force on Police Community Relations; and Commissioner for the City Charter Revision.  In addition, he also served as the Vice President for Community Government Relations at King’s College from 1998 to 2002.  Also from June of 2002 to February of 2004, Rev. Faulkner served as World Vision’s Director of U.S. Programs in New York City.

In 2005, Rev. Faulkner founded the Institute for Leadership, a non-profit organization focusing on the development of leaders and leadership programs. The IFL desires to bring scalable solutions to difficult community problems. In June 2006, Rev. Faulkner left Central Baptist Church and founded the New Horizon Church of New York in Harlem.  New Horizon Church is built on the principle of building bridges between the economically and socially disadvantaged in the name of Christ.

In 2010 Rev. Faulkner ran a spirited, but unsuccessful campaign for a seat in the United States House of Representatives.   Also in 2010, Rev. Faulkner completed his first book “Restoring the American Dream.” This book highlights his vision and goals to save the American Dream for future generations. The book was released in October of 2010, and the second printing released in November 2014 is available on Amazon.com.

In 2014, Rev. Faulkner accepted a Board Member assignment for two organizations: The Medicare Rights Center and The Chicago Hope Academy.  In 2014 Rev. Faulkner also founded Over the Hump Resources, LLC, which provides working capital and management assistance to small and medium business worldwide, where he serves as CEO.    In December of 2014, Rev. Faulkner formed a committee with the NYC Campaign Finance Board to run for Mayor of New York City in 2017.

In his spare time, Rev. Faulkner is a Marathon runner. He completed 4 marathons including the 2010 NYC Marathon which was a lifelong goal for him.  In October 27, 2013, he completed the Marine Corp Marathon in Washington D.C.  Rev. Faulkner is also a frequent commenter for numerous national and local media outlets.

Rev. Faulkner lost his wife, Virginia, of more than 30 years in 2014. Together they raised children in New York City – which include two college graduates and one college sophomore. Rev. Faulkner recently married, Dr. Sarai Padilla.   She is a practicing psychologist of more than 28 years and has one daughter and three grandchildren.