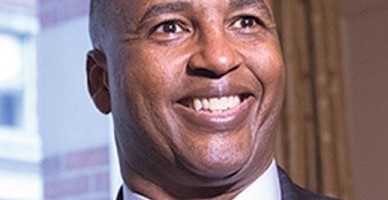 Here is a handy guide to our outstanding line-up of Republican super-star candidates who will restore the lost greatness to our city, with a brief paragraph and the website for each of them: Nicole Malliotakis, Juan Carlos Polanco, Michel Faulkner, William Kregler, Joe Concannon, and Dr. Rupert Green. They have been in the news, at our meetings and rallies and you can meet most of them in person at our club meetings.

Nicole Malliotakis, New York City mayoral candidate. Nicole is a New York State Assemblywoman from Brooklyn/Staten Island and is the daughter of Greek and Cuban immigrants, her mother a Cuban exile of the Castro regime. She is a bold reformer who publicly called for the resignation of corrupt Assembly Speaker Sheldon Silver, challenging mismanagement of MTA, and has been standing up against de Blasio’s leftwing agenda for NYC. She has been railing against the mayor’s defiance of federal laws by harboring many classifications of criminal aliens under the city’s sanctuary policies. As a daughter of immigrants, she cherishes those who come here to pursue the American Dream, but makes clear the distinction between those who do it legally and those who do so illegally. She has no tolerance for those who commit crimes, whether it’s in the streets of our city or in higher office. www.NicoleforMayor2017.com

Juan Carlos Polanco, New York City Public Advocate candidate. “J.C.” is the son of immigrants from the Dominican Republic, raised in the Bronx to achieve the American Dream, becoming past President of the NYC Board of Elections, and History Professor at Borough of Manhattan Community College. Involved in politics his entire lifetime, he ran for NYS Assembly at age 19, youngest candidate in New York to run. He says, the reason he is running is because New York City’s political leaders decided to participate in a parade that was honoring a convicted terrorist, FALN leader, Oscar Lopez Rivera. He had enough of City Hall’s radical left-wing agenda and wanted to give New Yorkers a strong voice against it. As Public Advocate, he will be the watchdog over our city government, ending the pay-to-play culture by exposing donors to elected officials and what they are getting in return. He will lead the fight against closing Rikers and replacing it with community jails. Read more on his platform and policies at www.PolancoforNYC.com

Michel Faulkner, New York City Comptroller candidate. Rev. Faulkner is a former NY Jets football player, founder of the New Horizon Church of New York in Harlem, and served on Mayor Giuliani’s Task Force on Police Community Relations. He has dedicated his life to serving his community for over 30 years, and is prepared to be the city’s fiscal watchdog, in order to restore fiscal discipline and make city government more accountable to all New Yorkers. As a true fiscal Conservative, his message also resonates with Democrats in all communities of our city. His spirit is electric and he can lift up and encourage any audience with his articulate and powerful message of hope.  www.FaulknerforNewYork.com

William Kregler, Queens Borough President candidate. William is the New York City Fire Marshals Benevolent Association President, and has given 23 years of public service as a NYC Housing Police Officer, Firefighter and Fire Marshal. He also served on Community Educational Council #24, building more schools than any other school board during his tenure. He will fight to remove the homeless from the streets and stop the conversion of hotels into homeless shelters. He will fight overdevelopment, remove bike lanes, speed cameras and other impediments to our borough’s economy. He will put the needs of the community above the radical progressive agenda of the current city and county administrations. KREGLER2017@gmail.com

Joe Concannon, New York City Council District #23 candidate. Joe is a retired NYPD Police Captain, veteran of the Giuliani renaissance in NYC, working as the mayor’s Deputy Director of Public Safety, Air Force veteran, grandparent, lifelong Bellerose resident, community leader and neighborhood problem solver. Joe lives in our community.  He visits with our new and old neighbors anytime of the day and night and builds bridges of communication and better understanding.  He does not subscribe to identity politics or political correctness: Joe tells it like it is. Straight-talking Joe Concannon has found a welcomed entry into the political world.  Joe cares like no one else.  Joe is dedicated to our community and is engaged in every group in the local area. From homeowners without gas, broken sewer lines, potholes, falling tree limbs, Joe is hard at work solving our neighborhood problems. He presses on to achieve even more with PTAs, community groups and others struggling to get their programs funded and flourishing so that our community thrives at all levels. www.Joe4NY.com

Dr. Rupert Green, New York City Council District #27 candidate. Dr. Green is a 17-year NYC DOE educator who has undertaken numerous activities to help improve schools and empower communities. He is a recipient of the New York State Challenger scholarship for teachers, he was a National Association of Professional Black Business Women “Man of the Year” awardee, and a 113 Precinct Community Council honoree. He is the Co-founder of the Institute for Hands-on Science, Engineering, and Technology, a not–for-profit dedicated to providing STEM education to disadvantaged youth. As an active community member, and frequent guest on various radio programs, he has his finger on the pulse of the activities that are of concern to community members. He seeks to become a city council member to use his skills and training to ensure his community is not being left out, and that their voices are heard. www.drgreen4ny.com