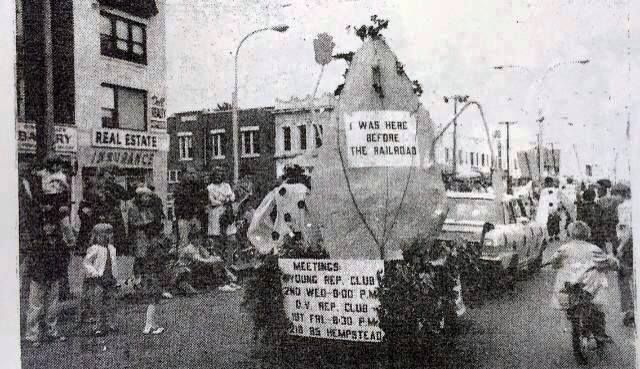 This Easter my wife and myself did spend the holiday with friends Dave and Marion in Bellerose. My friend Dave and myself have known each other for over 50 years since we were thirteen years old and lived in Queens Village in the 50’s, 60’s & 70’s. Our conversation centered on our memories of the past living in Queens Village.

As for myself I lived on 213th street and 102nd Avenue. The house I had lived in was bought by my grandfather in 1924 whose named was Frederick Williams. As I was told by my father Frederick Bedell Sr. that a large part of Queens Village was farmland. I remember my father taking me down to 99th Ave. where there was a chicken farm. Now on that same Avenue there were two junk yards where I would take used newspapers and collect extra money for my trouble. A few blocks over on 212th Street, there was a deli known as Yugo’s whom I thought made the best food and sandwiches in Queens Village. And right next door was a stationary store where you could get candy for a penny and pick up newspapers for anywhere between 5-10 cents. I also remember a diner on 212th Street, where my father would take me on Saturdays so my mother could clean the house without interruptions. It was on Jamaica Avenue and it later became a car wash. What a shame because they made the best pancakes.

Let me also point out we had three bowling alleys and one was on 213th Street and you had to walk down a flight of stairs where it was located. We also had two movie theaters and one was called the Century Queens Theater where in latter years I served as a usher and the other was called the Community Theater and get this –  you could watch two movies and a cartoon for 35 cents! We also a clothing store called Wilson’s where my friends and myself would buy clothes, but also our Boy Scout uniforms. I had attended with my parents Grace Lutheran Church on 100th Avenue and Springfield Boulevard, which this year will be 100 years old. I also sang in the choir and attended Grace Lutheran Day school, an elementary school for eight years with my good friend Harry Weymer who I reconnected with after 50 years. The school had to close due to lack of enrollment a few years ago.

Queens Village had a lot to offer the youth of that day with parks where you could play baseball. I even belonged to the YMCA where we took a lot a trips and that included Alley Pond Park where we learned to respect and love nature. In the YMCA we even learned how to swim. I even belonged to Boy Scout Troop #114 which met in the basement of Grace Lutheran
> Church. We had many different stores, one of which was a hardware store called “Megans.” This was a place where you walked in and there were wooden floors. Here was an old fashioned hardware store where if you needed screws or nails you didn’t have to buy a box and the clerk would open these small bids and sell you what you actual needed.

Well my friend Dave said to me,” You can never go home.” Well I said that is so true, but maybe you can in your mind where you can travel back and forth where the memories can be relived. Now to all those who had lived in Queens Village in those days, I hope I had brought back some fond memories of the way we were.

There are 4 comments. Add yours.