“Any good conservative is someone who has the audacity to believe what their grandmother taught them.”  -Kay Coles James

On Sunday, March 18th we welcome you to join our 143rd Anniversary Lincoln Dinner, the patriotic dinner celebration of America’s oldest Republican Club, and New York City’s most anticipated Republican political event of the year. 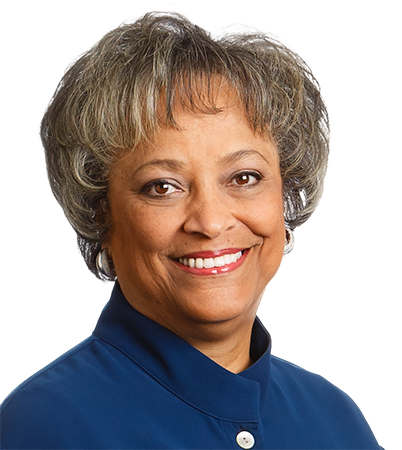 We are proud to present a remarkable line-up of headlining speakers and honorees, including the new President of The Heritage Foundation, Kay Coles James, and featuring Roger Stone, the celebrated author and senior campaign advisor to Presidents Nixon, Reagan and Trump. We will also hear from our venerated Congressman Lee Zeldin representing the 1st District of New York, and our nation’s foremost national security expert, Frank Gaffney, Founder of the Center for Security Policy.  The Veteran of the Year is Sampson Lester Friedman, a highly decorated World War II hero from Bellerose, NY, whose combat unit assigned to the Pacific Theater of Operations secured victory for the United States of America and the Allied Forces. Our other distinguished honorees are listed on the program flyer.

A guest commented that our roster of speakers is like having baseball legends, Babe Ruth, Joe DiMaggio, Mickey Mantle and Jackie Robinson all together in one room! We are most excited to welcome President James to New York to hear her words of encouragement, bringing the spirt and mission of The Heritage Foundation to the Lincoln Dinner.

On January 1st 2018, President Kay Coles James formally took the helm of The Heritage Foundation. Her presidency of America’s largest and most influential conservative think tank, one that is instrumental in forming policy for Republican administrations, coincides with a window of incredible opportunity to heal our country and bring back our traditional values. Especially today, as the pendulum swings back in our direction, conservative thought is increasingly influencing the Trump administration, which has filled key positions with many of Heritage’s top tier associates. Heritage has also played a huge role in creating the president’s list of potential Supreme Court nominees.

Kay Cole James is a conservative stalwart, who has said that any good conservative is someone who has the “audacity to believe what their grandmother taught them.” She has a proud record of serving in Ronald Reagan’s Department of Health and Human Services, and President George H.W. Bush appointed her Associate Director of the White House Office of National Drug Control Policy, and later she served as Director of the U.S. Office of Personnel Management under President George W. Bush. You can read her complete bio here, or in the Lincoln Dinner Journal.

Before becoming President of The Heritage Foundation, Mrs. James served as a senior adviser on the Trump presidential transition team. As a strong supporter of Trump during his presidential campaign, she was drawn to his commitment to revitalize blighted inner cities, reiterating his powerful message to black voters: “What do you have to lose?”

Her passion to change people’s lives, and empower them with conservative values, runs deep from her roots growing up in poverty as a child of a welfare mom in the rural black communities of the South. She came from a broken home, a dad who was absent, and endured frightening experiences being physically attacked and bullied in integrated schools in Richmond, Virginia. But her childhood experiences of poverty and real racism is what turned her into a fighter, and ultimately the great leader of the conservative movement she is today.

She realized that 50 years after President Lyndon Johnson waged his “War on Poverty” and the Democrats spending trillions of dollars on failed government welfare programs, we are worse off now, with deeper poverty, broken families, failing inner city schools, and less security and personal freedom than before the War on Poverty began.

Mrs. James now feels a renewed sense of optimism about our country’s future, with a lot of new talent coming to Washington, D.C., “people with deep compassion, vast experience, and a willingness to put their lives on hold while they help America get back on track,” as she mentioned. Leading the charge back to America’s traditional conservative values, of hard work, personal responsibility, and strong stable families, coupled with Trump’s dynamic economy creating jobs and opportunity for all, she envisions the dawning of a great new era of hope and prosperity, not only for black communities, but for all Americans.

The Lincoln Dinner picks up on this new sense of optimism with the theme, “The new golden era for America and the Republican Party.” We will all come together at this glorious event as Republicans, Conservatives, friends, family, neighbors, veterans, and flag-waving lovers of America, at a dinner event designed to provide the highest form of nourishment for our bodies, minds, and spirits. Besides the delicious sit-down dinner to delight our palates, open bar all evening, plus the Viennese table of incredible desserts, the all-star program of nationally renowned speakers and honorees are all set to deliver the greatest sense of spiritual and patriotic jubilation, on par with the ever popular annual Al Smith Dinner. We look forward to seeing you all at this magnificent event!