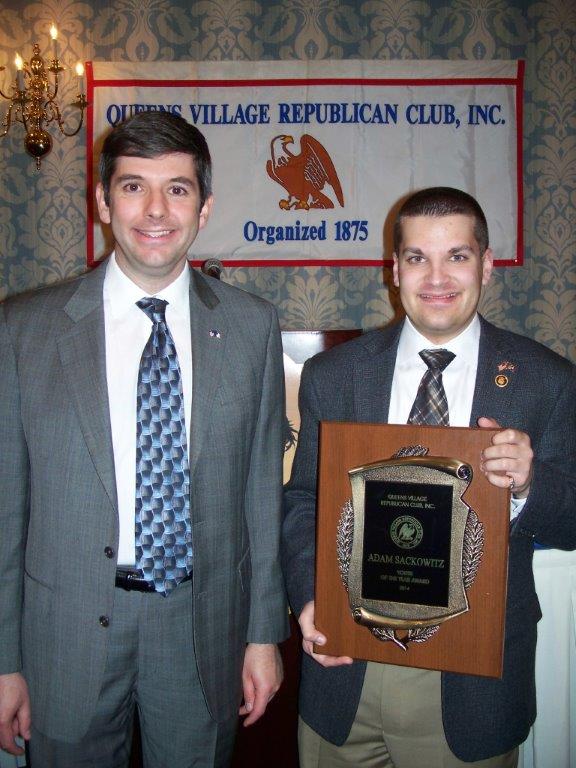 Adam Sackowitz, a proud Jewish Conservative who loves his religious culture, his state and nation, was honored as our “Youth of the Year” at the Queens Village Republican Club’s annual Lincoln Day Dinner gala on Feb 9th.  Adam, a lifelong history enthusiast, and a student of Political Science, American Studies and Jewish Studies at Hofstra, has been active in the battle for the preservation of historic sites and our religious liberty in America.

Ryan James Girdusky, a prolific young political commentator, consultant and writer, who has been published in more than a dozen publications, presented the award to Adam.  Ryan has appeared as a political consultant on many radio and television shows including The Dr. Gina Show, The Sean and Frank Morning Show, The Mark Skoda Show, Cavuto, Fox and Friends, Justice with Judge Jeanine, Hannity on Fox News, and many others.

In a rousing speech after accepting the award, Adam said about the diverse representation of young and old, and the many different races and ethnicities in the room: “I’m proud to say, this is the new Republican Party. It’s a Party we can all be proud of.” Ending his comments about the role of youth, he exclaimed: “Americans never quit; Republicans never quit; we never hide from history; we make history!” 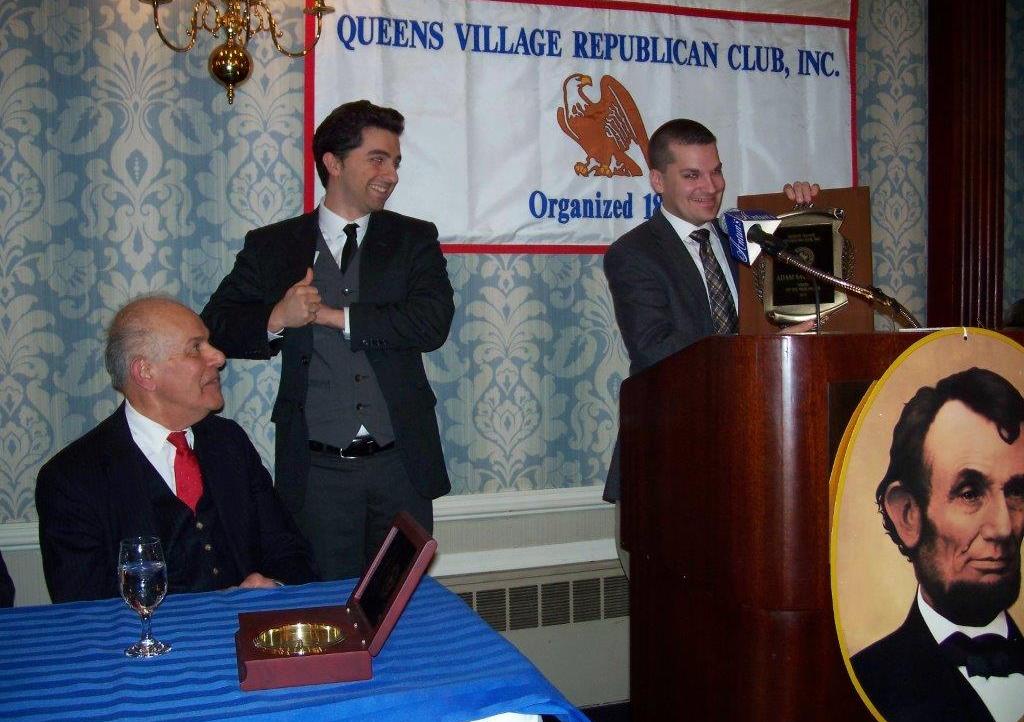 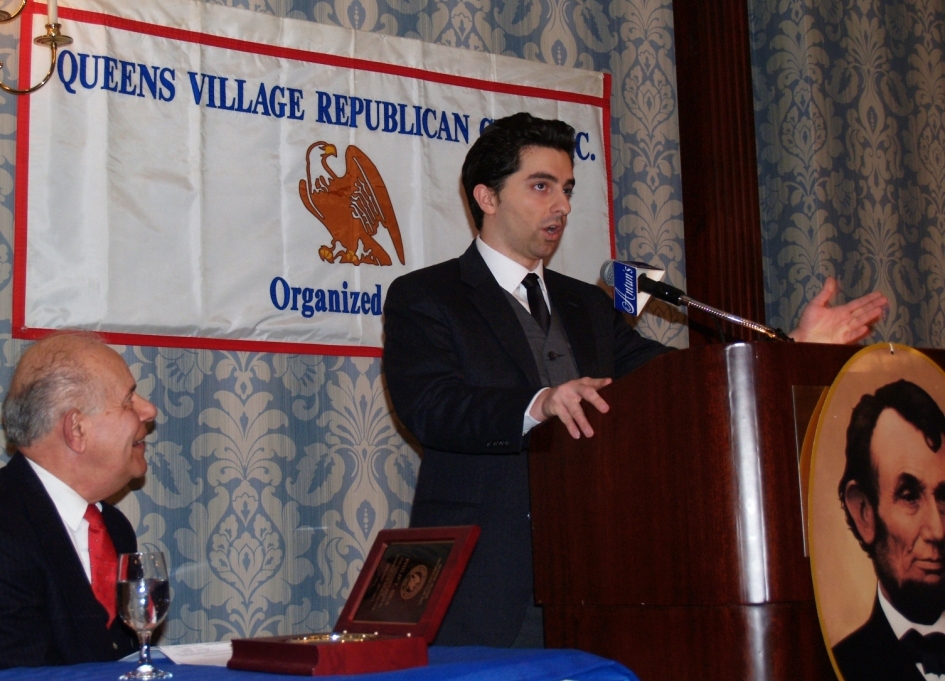