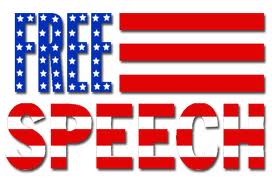 Free event open to the public!

ACADEMIC FREEDOM FOR ALL!

Combatting left-wing anti-American indoctrination. Featuring New York City college professors who are spearheading the battle against the abuses of the left on campus!

Associate Professor of Business at Brooklyn College. His research recently has focused on political affiliations of professors and executives.  His Blog features insights into politics, current events, the economy and higher education.

Professor of Political Science at Suffolk County Community College.  His weekly political podcast, the PAS Report, was created to fill the vacuum of neglect by dishonest media outlets.

Installation of 2020 Club Officers
& Board Members

Coffee and refreshments will be served.
Gift shop will be open.

Mitchell Langbert is associate professor of business at the Brooklyn College Koppelman School of Business.

Professor Langbert is studying the political affiliations of university professors. A 2016 piece in Econ Journal Watch has been covered in the media. A more recent piece about foundation influence on higher education will appear in Industry and Higher Education in 2018. An empirical study of the political affiliation of elite liberal arts college faculty will appear in Academic Questions.

Nicholas Giordano is a Professor of Political Science at Suffolk Community College and host of The PAS Report Podcast. Recognized and well-respected for his analysis, Professor Giordano appears on radio and television to provide analysis on current issues and trends within government, politics, international relations, homeland security/emergency management, and social/cultural related issues. In addition, he is regularly called on to speak at events to provide expertise on critical issues facing the United States.

It is Professor Giordano’s passion that led him to start The PAS Report. Sick of an advocacy news media that wants to dictate to people how to think, Professor Giordano started The PAS Report because of his unique ability to breakdown complex political issues and simplifying those issues to appeal to everyday Americans. By introducing facts, the listeners can come to their own conclusions.

Prior to teaching, Professor Giordano served as a Catastrophic Planning Lead for the New York State Office of Emergency Management (NYS OEM) within the Division of Homeland Security & Emergency Services and coordinated response activities with local emergency management officials. He served as a liaison between New York State, local governments and federal departments/agencies. Professor Giordano’s accomplishments are far-reaching and include senior leadership during response operations, maintaining situational awareness, and leading a number of planning initiatives so that EM officials more effectively prepare for, respond to, and recover from an incident.

Bob Capano is an experienced educator, professional business manager, and well-respected community leader. He was born, raised and educated in Bay Ridge, Brooklyn. For over 15 years, Mr. Capano has been an Adjunct Professor of Political Science with the City University of New York. He currently is a manager with Red Apple Group, Inc.

Mr. Capano was a Republican candidate for City Council in Brooklyn’s 43rd District in 2009 and 2017. In December 2016, Mr. Capano appeared on the Fox News Channel with Tucker Carlson to oppose Mayor de Blasio’s effort to open “Supervised Injection Facilities,” which would have allowed heroin addicts to shoot up in local neighborhoods. His opposition mobilized public opposition.

Mr. Capano has an impressive record of community service and a long history of civic leadership. He served as President of the 68th Precinct Youth Council, which provides over 1,100 children in southwest Brooklyn with recreational baseball and soccer programs. He also chaired the Civic Affairs Committee of the Bay Ridge Community Council and was Vice President of the Bay Ridge Consumer Federation. Bob also served as a member of the 68th Precinct Community Council for close to 10 years.