**VOWS TO FIGHT OUT OF TOUCH MAYOR**

Says, “NYC IS AT A CROSSROADS” 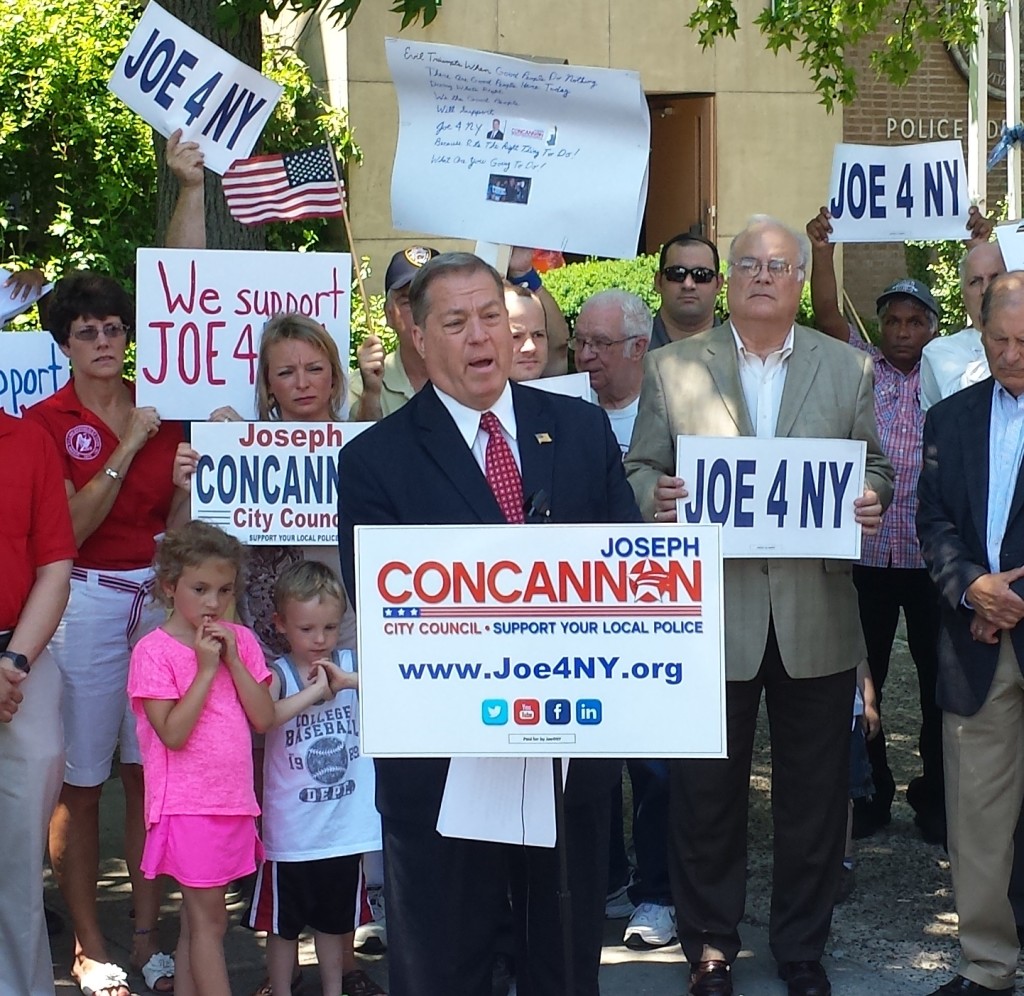 Queens Village, NY— Surrounded by a crowd of friends, family, community leaders, and elected officials, retired NYPD Captain Joseph Concannon officially launched his campaign for City Council in District 23, formerly represented by Councilman Mark Weprin. The launch took place in front of the 105th Precinct to not only highlight Mr. Concannon’s background in the NYPD but leave no doubt that vocal support for the NYPD and a re-focus on public safety would be the major issue of the campaign. Those in attendance included New York City Councilman Eric Ulrich, former US Congressman & Queens Republican Chairman Bob Turner, Queens Conservative Party Chairman Tom Long as well as Hemant Shah of the Indian American Intellectual Forum and Carlos Santiago-Cano, who serves as Queens Chairman of the Latino National Republican Coalition.

Eric Ulrich said, “Unfortunately I am the only Republican elected official from Queens.  That is about to change.  I am happy to announce my full support for electing my friend Joe Concannon to join me in the NYC Council.  We desperately need people that have common sense in City Council.” 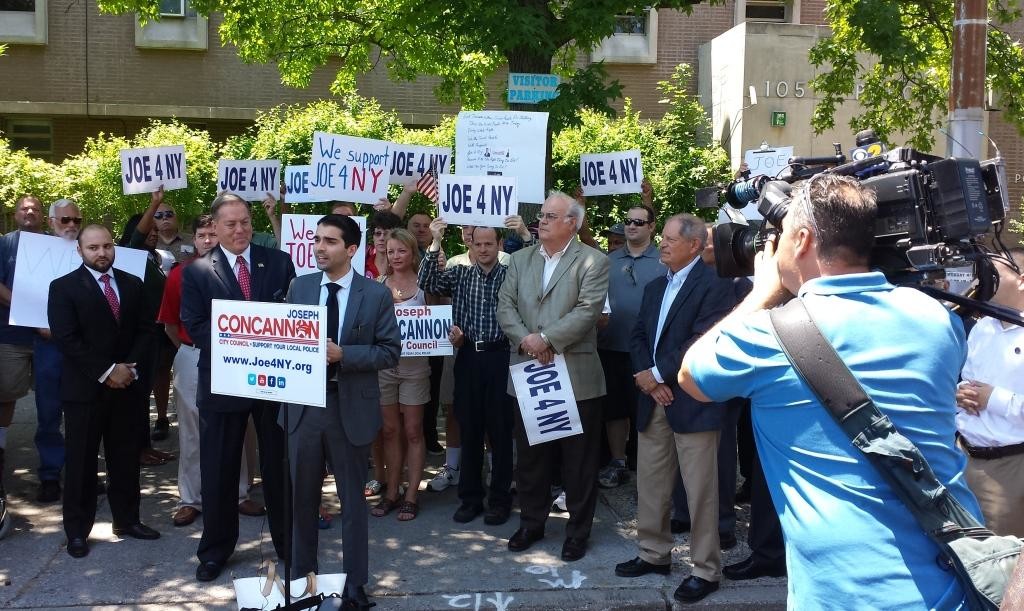 Chairman Turner said, “You couldn’t ask for a better candidate then Joe Concannon. With his experience in the NYPD he is the right leader at this crucial time.”

Hemant Shah expressed support from the Indian American community and pledged that his organization would do everything it could to get Mr. Concannon elected.

Carlos Santiago-Cano offered the endorsement of the Latino National Republican Coalition and said he was excited and enthusiastic about Mr. Concannon’s chances in the special election that is to be held in November.

Joseph Concannon said, “I am a father, a veteran and a retired NYPD Captain. I love this city and I want to represent this district because I believe that, now more than ever, our city is at a crossroads.  We have a Mayor who is out of touch with the residents of this city, and especially Queens, and a City Council Speaker out of touch with reality.  Melissa Mark-Viverito is calling for clemency for a terrorist and wants to have tax payers pay for criminals’ bail money.  It’s just unreal and she most certainly does not ‘speak’ for the people of this district!  All of this while our police officers are being attacked right here in NYC and violent crime is eerily on the rise.  Make no mistake, I am running to draw a sharp contrast between myself and our representatives in City Hall.  I am running to bring some common sense to the City Council and fight for the people of this district who just want better lives for themselves and their families. I like to say that I became a cop to fight bad people and now I want to go to City Hall to fight bad policy.” 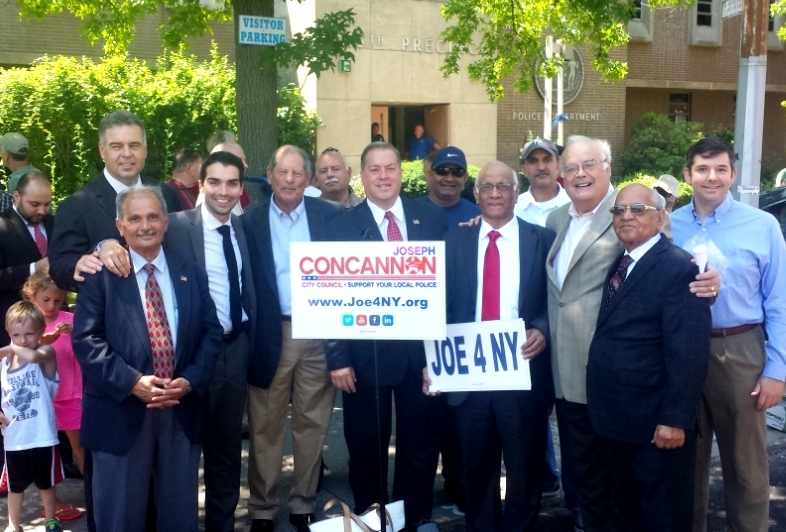 Joe Concannon made a point to highlight that he was the only candidate currently in the race to have the support of two parties (Republican & Conservative) and that Democrats were joining his campaign as well.  “I am so happy to have the support of the Republican and Conservative parties and I can tell you that Democrats and Independents have been calling me and asking to get involved. This is a growing coalition with so many people involved and one major belief in common– that we need new leadership and cannot continue along the path we have been headed.”

Concannon went on to say, “We are indeed at a crossroads and that is why this election is so important. We need to return to the days of lower crime and a growing economy because I believe that our best days are still ahead.  I will be spending the next weeks and months asking the people of the 23rd City Council district if I can be their voice in that challenge.”