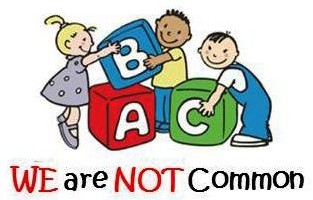 What is Common Core? 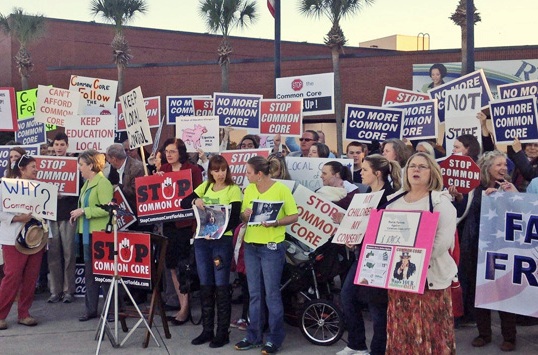 Common Core is destroying our education system and hurting our children’s future. Many volunteers are presently circulating the petitions to create a “Stop Common Core” ballot line in November.  Rob Astorino and our statewide candidates, Chris Moss for Lt. Governor, Robert Antonacci for Comptroller and John Cahill for Attorney General are all listed on the peititons, since they have pledged their support to stop Common Core once elected.

The following paragraph is from their mission statement: 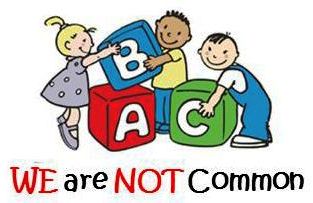 “This is to inform and educate parents about how the Common Core State Standards (CCSS) agenda is federal takeover of the education.  This will remove you as a parent and give you no say. States were coerced and bribed with incentives to be part of this Common Core agenda. Your New York school tax dollars have been hijacked without your knowledge or consent.”

Let’s use this information to assist us in our quest to get Rob Astorino and our statewide candidates on the ballot on the “Stop Common Core” line, so they can win the election in November and dump Andrew Cuomo and his cronies.

Common Core is defined as a rigorous list of internationally benchmarked grade-specific Standards that detail what every K-12 teacher must follow when teaching Math or English language arts (ELA). It will prepare each student for a global economy and get them college and career ready.  Common Core is NOT curriculum; however, the standards do govern curriculum.

Where did it come from?

The concern over our education system being subpar began in 1983 under President Reagan. This lit off an effort to gather state Governors together (not educators) to discuss the problem, which occurred during President H.W. Bush. When President Clinton was in office a strategy began to take form, initiated from a letter to Hillary Clinton from Marc Tucker (called the “Dear Hillary” letter) which led to Clinton’s Improving America’s School Act (1994).  After election, George W. Bush dubbed himself America’s “educator in chief” and implemented No Child Left Behind (2001).  All of these actions brought us to where we are today with Common Core, under the administration of President Obama.

Common Core was NOT developed by educators.  Non-profits coordinated the creation of Common Core and they were (mostly) funded by the federal government and the Bill & Melinda Gates Foundation. Those non-profits are:

1)    National Governors Association (NGO) which has trade associations; is made up of lobbyists with no state power; 80% funded by federal government.

2)    Chief Counsel of State School Officers (CCSSO) which has trade associations; is made up of lobbyists with no state power; 50% funded by federal government.

3)    NGO and CCSSO commissioned Achieve Inc. to do the detail work of Common Core. Achieve Inc is made up of business leaders and Governors.

Because Common Core was created by non-profits, everything was done in secret and without any public view or comment.  State Boards of Education are required by law to develop standards in an Open Meeting standard but developing these standards this way eliminated the need for an open process.

The Constitution (10th Amendment) forbids the federal government from controlling education. That is wholly the responsibility of individual states.

The copyrights for the Standards are owned by the lobbyist groups (private entities) who will control and dictate the Standards, and they were paid for by the Gates Foundation. Therefore, Common Core cannot be changed by any state.  States are only allowed to add 15% to the curriculum to make it state relevant, however that 15% will not be part of testing. There will be no way to govern or change them within a state.

Proponents of Common Core continually refer to the standards as “rigorous” and “globally benchmarked.”  After the Governors signed on to take Common Core in 2010 (in exchange for Race to the Top money), a group called the Common Core Validation Committee was asked to evaluate the Standards. Five (5) members – including the only mathematician on the committee

— refused to sign off on the standards, citing the following reasons:

–       Math – Common Core puts US kids one year behind their competitors by the end of elementary school and two years behind our international competitors and high achieving countries by the end of High School. In addition, an expert testifying about the standards in Massachusetts said that the Common Core standards will prepare kids for a 2 year community college, not a higher education institute.

–       English – English language arts (ELA) Standards are not “rigorous” or internationally benchmarked in any high achieving country. The ELA is heavily oriented towards writing rather than reading, which is backwards.  Reading should be heavier at all grade levels because writing depends upon reading. Good readers can produce good writers.

–       ELA – Common Core requires a 50/50 division between information text and literature from K-12, which requires English teachers to reduce literature (which is what they are used to teaching) and adds information text (i.e. text with missions) which provides a poor framework for a demanding curriculum at all grade levels.

–       Critical thinking is developed as teachers instruct students how to read between the lines of literature. When literature is reduced to 50% this will reduce the development of critical thinking.

–       There is no evidence that these Standards are internationally benchmarked or research based.

–       This is the dumbing down of the public education system.

–       Common Core is the result of a belief that certain groups cannot rise to a higher standard so this is a lowering, by two grades, of standards with the expectation that somehow this will allow more students to get into college and get out with a degree.  It’s a social engineering approach to education.

–       In contrast, in Massachusetts, when they raised the standards and were high achieving the charter schools and vocational schools saw enormous gains in disadvantaged and special needs students.

–       Common Core has never been proved successful in one state, one school system, they have no record of success anywhere and the creators of it spent no time in a classroom or as an educator.

There will be no way private or home school students will be exempt from Common Core once it is fully implemented. The reasons:

1)    Testing – Hard to avoid if you want your child to go to college.  SAT now headed up by lead writer of Common Core and switching over. Same with ACT.

2)    Curriculum – Pearson is the largest provider and they are Common Core. 2016 Homeschoolers will have to take the state tests, which will soon be the Common Core National tests.  Alternate tests, i.e. Iowa Basic, shifting to Common Core (no longer independent).

Higher education is indicating that they will shift their entrance standards to Common Core.

Common Core is not just standards. It is a two part process, according to the agreement Governors signed. The first part is the Standards, the second part is testing. The testing will collect a large amount of very detailed data on what the child is understanding academically, but there is a second part to the testing that states agreed to: 1) we will change our state laws, policies and regulations to make Common Core testing work, and 2) we will provide you student level data on each child.  All information goes into databases. In NYS, that is a company called inBloom.  All data will go into the inBloom “cloud” and be available to anyone deemed appropriate (i.e. school, government, corporations).

State student privacy laws are null and void once data uploaded and federal law kicks in.

In 2012, the federal government changed the student privacy laws to allow them to share any information they have about children without parent knowledge or consent. There is now a lawsuit in federal court fighting that change: EPIC v. NY Dept. of Education

Related to this is the biometric testing including iris scans, wrist sensors (heart rate, activity), etc. The National Education Data Model allows for 416 data points on each child which states are encouraged to collect, including blood type, health insurance, family religion, bus stop time, family income, disabilities, health needs, gun in the home, alcohol consumption in home, who helps with homework, do they feel lonely, etc.  All of this will be loaded into the cloud.

Governor Cuomo has promised to have our data loaded by September 2013. We will be the first state to do so.

How much is this going to Cost?

Most states did not do a study on what Common Core would cost before signing on. The costs are enormous, including all new teacher training, new curriculum, and technology.

–       Band width for all those students to be online

There were two notable analysis of cost since Common Core was launched. Those were done by two independent organizations:

If not Common Core, then What?

What Can you DO?

1)    Join the Facebook page and get connected with others who are staying up to date on what is happening.

2)    Talk to your family and friends.  Let people know – especially parents – what is happening.

3)    Call and / or write your Congressperson and Senator and tell him / her you want Common Core STOPPED in New York State (there are scripts on the  www.stopccssinnys.com website and plenty of people to help you on the Facebook page.

4)    Write your newspaper, call into a radio show, ask why people are not talking about this.

5)    Get your family and friends to come to future information meetings, as posted on the Facebook page.  Stay informed!