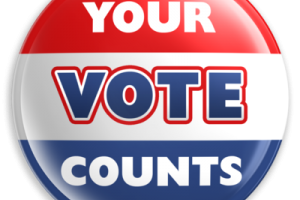 Most average voters don’t even realize that each political party reorganizes every other year to determine who their new leadership will be.  The Republican Party reorganizes during odd years, Democrats during even years in NYS.  NOTE: the New York State legislature quietly changed the primary date from the second Tuesday in September each year to June 25th, 2019 this year. Most voters yawn and say ho hum.

Do we really want all voters in our party to VOTE?

County organizations, like Queens (1 of 62 counties: NYS) get judged on whether they are effective or not by the voters of their own party.  All 200,000 or more Republican voters in Queens get a say in “How the Queens GOP” is doing on June 25th, 2019 or so you would think.

However, the party insiders, the “establishment” don’t want to leave, AND the very last thing they want is thousands of voters heading to the polls.  The system is (rigged) built around incumbency.  Insurgents in both major parties have a difficult time overcoming the bureaucracy that is in place and dominated by party appointed officials.  Patronage is alive in NY and party officials do what they are told or else.

The last thing party insiders want are thousands of angry Republican voters heading to the polls from 18 Assembly Districts to oust them.  Why are the rank and file in Queens angry?  The election of AOC, confrontational attitude towards candidates, the loss of over 1,000 registered Republicans during 2018 alone and the county opposition to the state party platform for starters.  These matters and others resulted in the “system” getting played by the establishment.  How does this happen?  Challenging signatures posted by the voters from those pink petition sheets.  Voters would be screaming if they knew there were more than 25 ways to throw out their well-intended signatures on legal petitions.

Shrinking the party size weighs in favor of those in power.  Less conflict, more control and image of power.  Of course, no new Republicans elected either.  But the establishment holds the reins of power for the Republican Party in Queens County.  Average voters think party officials would want to grow the party.  Not so, when you need to control it, to do something even more adventurous.  So, what are they up to?  Statewide takeover of the Republican Party controlled by Carl Paladino a Buffalo billionaire.  Mr. Paladino challenges Ed Cox, the State Party Chairman at each opportunity available.  Queens County parrots every waking word of Mr. Paladino.

It’s sad, but Queens County is being used as a pawn for a bigger gain for State Party control.

The Swamp is alive

Are elections rigged, is voting suppressed and are creatures of the night nefariously at work to undermine our system of government?  Yes!  While it is safe to go out at night despite everything Mayor Bill de Blasio has done to undermine the reporting of crime and handcuffing our cops, the most dangerous place in NYC is not in Brooklyn nor is it in Queens, it is in lower Manhattan.  It’s not in front of the many homeless shelters, heroin injection sites or at our out of control state mental institutions.  Nope, none of them qualify as equally dangerous.  The danger is in how bureaucrats control and destroy our once fair and honest election system.  The NYC Board of Elections, 42 and 32 Broadway, is home to the creatures of these hallways that are deadly to our Republic.  They not only suppress voting they do it with great zeal and arrogance. Thousands of Queens Voters in the Republican Party have been the victims of voter suppression and don’t even know it.

The scoundrels of the night who occupy its offices, the mindless creatures who assume authority over the access to the ballot displace voters not just in Queens but in every county in NYC. An engaged voter is the only way out of this mess.  Voting matters and elections have consequences.