The following piece was published in the TimesLedger newspapers. We thank the Editor of the TimesLedger for the opportunity to share our views with their Queens County-wide readership!

The Queens Village Republican Club’s policy is to make no endorsements of candidates during a Republican primary contest, and this certainly applies to the GOP presidential races. However we may certainly take a look at outstanding candidates and the pearls of wisdom they bring to the table. One presidential hopeful in particular who recently declared her candidacy, Carly Fiorina, is a distinctive voice espousing the vision of our Founding Fathers and restoring faith in the American Dream. Whether she becomes the presidential nominee or not, it is imperative we listen to what she is saying.

One of our greatest presidents, Ronald Reagan fought back against pessimism, gave us a sense of real hope and inspired confidence during a dark period in our history. Due to the failed leadership of President Jimmy Carter, we as a people were stuck in the economic and political morass of “stagflation,” high unemployment, and threats from the Soviet Union and Iran. We were paralyzed by doubt and uncertainty about our future. Reagan’s leadership and optimism inspired us and ushered in a new era of American strength and pride, while proving that policies like fewer regulations, lower taxes and strengthening the U.S. Military really did the job to change America, fueling an economic expansion not seen in years, as well as our triumph in the Cold War. While I’m not comparing Carly Fiorina to Reagan, it’s important to see the parallels in the times we live and what is her message.

The highest calling for the future leaders of our Republic, as Carly Fiorina puts it, “is to unlock the potential of others.”  Today, we see a similar pessimistic time of domestic lawlessness, economic sluggishness, growing government dependency, and a world in peril torn by violence and terrorism, brought about by our failed liberal progressive leadership on a local and national level. Beset by doubt and uncertainty regarding our future, and frustration with political leaders who have lost their way, it’s refreshing to hear a candidate talk about the founding principles of America and the purpose of our nation, in order to change our course. 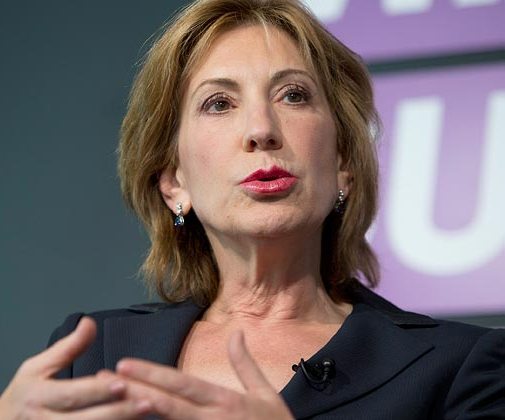 Fiorina’s personal story is reason enough to restore our faith in the American Dream. From a law-school dropout, she rose up through the ranks to become the CEO of Hewlett-Packard, the world’s largest tech company. As the first woman to lead a Fortune 50 company, she grew HP to become the 11th most profitable company in the US and doubled revenue to $90 billion with an innovation rate of 11 patents per day. Fiorina had her share of anguish and defeats, undergoing a double mastectomy after a bout with breast cancer, which occurred during her campaign for the United States Senate seat held by Barbara Boxer. She also suffered the loss of her daughter to addiction. But, with great internal courage and the support of a loving family, with every blow, she rose up stronger and more determined to succeed. Besides being a presidential candidate, today she chairs one of the world’s leading non-profit charities and the largest microfinance lender in the world, as well as the Unlocking Potential Project, traveling the country sharing her vision of conservative policies to grow the economy, create opportunity and unlock human potential.

Fiorina talks about unlocking our human potential, which was a fundamental principle taught to her by her mother at an early age: “What you are is God’s gift to you. What you make of yourself is your gift to God.”

In her address last year at The Federalist Society, she spoke about our nation that was founded on a visionary idea that everyone has potential and everyone has the right to fulfill their potential. The Founding Fathers must have understood what her mother taught her. They knew that “everyone has God given gifts. Everyone should have the opportunity to find them and to use them.” They knew that “every life has potential, the potential to invent, to create, to make the world better, to live a life of dignity, purpose and meaning.” She said that this is what the Founding Fathers meant by life, liberty, and the pursuit of happiness.

She said that in order to “unleash the potential of every American and of our great nation in this, the 21st century, a love for the Constitution and the free society that it envisions, must become the bedrock commitment for more of our legal community, for our legislators and for our presidents.” She continued her upbeat message asserting that every problem can be solved and that “our opportunity is to unlock and unleash the potential of this nation, and it can be done. But only if conservative principles are applied. It is only our principles that can lift people up.”

This is what we have been doing and will continue to do here in Eastern Queens. All politics is local and all politics is personal. Elections matter, every vote counts and every individual plays a leading role. Too many lives have been sacrificed on the altar of progressive ideology. Our mission is to unlock and unleash the potential of Eastern Queens and let everyone see how our principles will make their lives better. This change can only happen at the ballot box.