The Spirit of St. Patrick’s Day 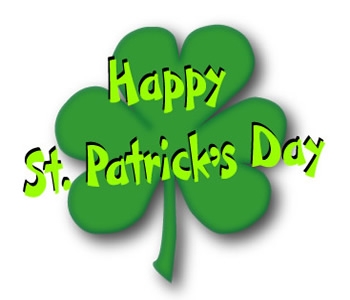 This patriotic piece about St. Patrick’s Day was written by Frederick R. Bedell Jr., the Grand Knight of St. Anastasia Knights of Columbus Council #5911 and a member of the Queens Village Republican Club. We wish all our members and friends a very Happy St. Patrick’s Day!

St. Patrick’s Day is Thursday March 17th and it is a time to celebrate with parties and parades. It is a time to honor St. Patrick who reportedly brought the Catholic faith to Ireland. In my opinion it is also a time to honor all the Irish who came to America as immigrants as well as other immigrants and came here to make a better life for themselves and their families. They came here and worked very hard and some who gave up their lives to make America free for Democracy and the great nation America is today. My own family two brothers, one born in Ireland and the other in England came here in 1776 to fight in the American Revolution. According to my father – Frederick R. Bedell Sr.- they wanted what the new country had to offer and that was freedom and a desire for a better way of life. My grandfather according to my father enlisted as a drummer boy and who lied about his age to fight under General Sherman during the Civil War to make all people free. He latter after the war farthered 13 children, my father being the youngest. My father during WWI served as champlain and during WWII served as a air raid warden. There are many others who had similar stories which had made America great and a nation where many Irish have come here. So this St. Patrick’s Day think of St. Patrick but also think of all those Irish immigrants who came here to make what America is today.

« PreviousU.S. Senate Nominee Wendy Long’s Statement on Merrick Garland Nomination to Supreme Court
Next »Letter to the Editor: Response to “Trump the Tyrant” and other letters