Shooting victims up more than 40%

Shooting victims up more than 40 percent while the number of guns seized off city streets has declined. 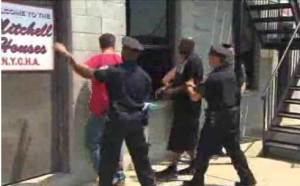 New Yorkers aren’t angry yet…but its coming….One year ago candidate de Blasio blasted NYPD for nine months, the media joined him, others sued the city, some joined federal cases, others poured hot oil on the fire (namely the NYC Council: Community Safety Act) and the majority of NYC’s registered voters stayed home (76%). Elections have consequences, read and take stock – we all own this now!

Reviled ‘stop and frisk’ ebbs. So does NYPD job approval. What gives?

New York Police Department, under the city’s new mayor, has largely halted its unpopular ‘stop and frisk’ tactic. Yet the NYPD job approval is dropping. An uptick in gun violence may be a reason.

New York — Nearly six months into the tenure of New York Mayor Bill de Blasio, crime has continued to fall on every significant measure – with one big exception.

Since the liberal firebrand took office at the start of 2014, violent crimes are down about 13 percent compared with the same period last year, robberies almost 10 percent, and burglaries almost 5 percent. This comes, too, as the New York Police Department has reduced its controversial practice of “stop and frisk” by nearly 90 percent since Mayor de Blasio took office – one of his most important campaign pledges.

But over the past month, a startling spike in shootings has been raising eyebrows in America’s largest city, and the NYPD has found itself once again on the defensive. 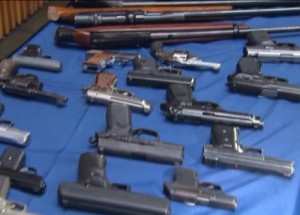 At the same time, the number of guns seized off city streets has declined. The NYPD has confiscated about 1,290 guns so far this year, 10 percent fewer than this time last year, when it seized 1,435 firearms.

The spike in shootings, too, comes during a time when gun violence has dominated the news around the US, and while the city is still upset over the stabbings of a 6-year-old boy and 7-year-old girl in a Brooklyn housing project elevator – victims of an apparently mentally troubled man. The boy died, but on Wednesday the girl was able to return home.

As a result, many New Yorkers have become a bit unsettled. In March, nearly 70 percent of city voters approved of the job the NYPD was doing, with 24 percent disapproving. But according to a Quinnipiac poll released Friday, about 6 of 10 city voters now approve of the NYPD’s policing, with a third disapproving.

“We can’t ignore the likely impact of the highly publicized murder of a child in a housing project elevator, but New Yorkers, black, white and Hispanic, say 2-1 that the police should resume patrols and ID checks in project hallways,” said Quinnipiac’s assistant director Maurice Carroll in a statement.

That suggests, too, that many New Yorkers are starting to rethink the controversial NYPD practice of stop and frisk. According the Quinnipiac survey, 57 percent of Democratic voters and 58 percent of independent voters (plus 80 percent of the city’s small contingent of Republicans) support police patrols within housing projects in which cops ask people for IDs.

Patrolling city projects and checking IDs are not the same as the aggressive NYPD tactics a federal judge found unconstitutional last year, but the practices have fallen this year.

In the first quarter of 2013 under the administration of former Mayor Michael Bloomberg and Police Commissioner Raymond Kelly, the NYPD stopped, questioned, and frisked nearly 100,000 people on the streets, the vast majority of them young black and Hispanic young men. In the first three months of 2014, this number dropped to just over 14,000, an 89 percent decrease.

Thus, despite the overall good news about crime, Mayor de Blasio and his Police commissioner, Bill Bratton, find themselves in a delicate political position. De Blasio, of course, staked his campaign upon a relentless critique of the NYPD’s stop-and-frisk practice in minority neighborhoods, and the issue catapulted him from a long-shot candidate last summer to the first Democratic mayor the city had seen in two decades, winning office in a landslide.

The stakes are high for Commissioner Bratton, too, who became arguably the nation’s most visible and successful top cop since first coming to New York to serve under former Mayor Rudolph Giuliani 20 years ago.

Bratton bristled this week about the spike in shootings, saying, “in some respects [it] is reflective of the fact that crime is continuing to go down.”

“We’re working against an extraordinarily good year last year,” the commissioner told reporters at an NYPD medal ceremony on Tuesday. “We’ve had an increase, a temporary increase, in shootings…. Crime goes up, it goes down. It’s always going to go up at some point in time. We’ll always have the ability to push it down.”

Bratton has promised an increased police presence at these poor, mostly minority residences. “Stop-and-frisk has not gone away,” he said Tuesday. “It still occurs, it occurs where it’s appropriate.”

Still, the issue reveals a wide gulf between New York’s white and minority voters. Among black voters, 63 percent believe the mayor can make the city safer while reducing stop and frisk, and nearly 60 percent of Hispanic voters say the same. Only 37 percent of white voters, however, believe de Blasio can achieve both at the same time.

“In this case, at least in this emotional time, the civil liberties spokespeople are out of touch with the people they speak for,” said Mr. Carroll in a statement. “Black voters agree with these spokespeople in their opposition to stop and frisk, but almost two-thirds of black voters want the police back in the public housing projects, checking people in the hallways.”