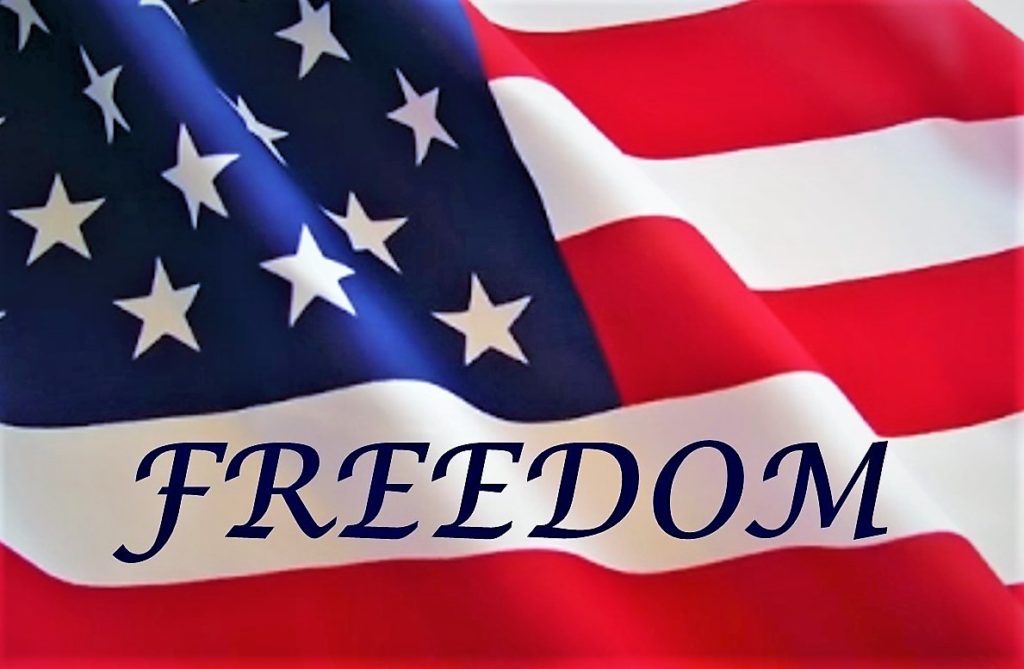 We Republicans cherish our Freedom. We believe in our country’s birthright in Liberty. We want America open for business. We are Americans, a brave, proud and free people. We’re not good little obedient subjects of big government bureaucrats.  We want America open now!

To blame the virus on Trump or anyone else, as the media and politicians are doing, is either ignorant or evil. The fault is not Trump’s, it’s not Italy’s, not the bats nor the Wuhan wet markets. The Chinese Communist Party (CCP) is the cause of the global death count and the collapse of the world’s economies. But politicians and journalists bankrolled by the CCP and their global affiliates, who want to keep the country closed, are blaming Trump in order to defeat him in November. The New York Times concocted a narrative that Trump was incompetent and late to act and now people are dying. The Boston Globe headliner was “Trump’s coronavirus advice just might kill us.”  House Speaker Pelosi accused Trump of deception and lies leading to “unnecessary deaths and economic disaster.” The Democrats and the media are saying the blood is on Trump’s hands, not China’s.  They are on the side of the enemy, Communist China, and they have no qualms about playing politics with the virus, destroying our country, shutting down our economy, and if possible keeping the pandemic going until November to get rid of Trump.

While the rest of New York State and the country are desperately yearning to open the economy and breathe the fresh scent of freedom once again, Mayor de Blasio, wants to keep society closed. In a decision that rattled even Governor Cuomo, he announced that all city schools would remain closed for the rest of the school year sending the message that the CCP virus won. Keeping our schools, businesses, beaches and restaurants closed for so long as de Blasio intends to do, are decisions that can destroy the lives and fortunes of millions of New Yorkers. He needs to be shut down and locked up.

Wartime presidents Lincoln, Wilson and FDR invoked the War Powers Act, and although President Trump is loath to use it, he should do so, and arrest de Blasio for sedition. History’s traitors and defectors were rightfully punished and imprisoned for aiding and abetting the enemy and inciting opposition to America, as our nation went to war and rose up to battle the enemies of freedom.

Exploiting the pandemic just like his leftist colleagues, AOC and Ilhan Omar who recently called for a socialist overhaul of the federal government, de Blasio and other Democrat lawmakers are going after the landlords, calling on the Rent Guidelines Board to freeze rents for all regulated apartments, and to allow New Yorkers to pay rent with their security deposits.

In their violent overthrow of the capitalist system, the bloody communist revolutions of Lenin, Stalin, and Mao, the first step was to go after the landlords and confiscate their land and estates, which was distributed to the impoverished peasants, who then became slaves of the tyrant government. Communist revolution is part of de Blasio’s DNA.

De Blasio capitulated to the CCP in the war against this invisible viral enemy versus humanity. De Blasio’s declaration of defeat is like sentencing New Yorkers to prison in their houses for months.  It’s holding NYC hostage to the virus. It’s FDR surrendering to Japan after the bombing of Pearl Harbor. Instead of rallying all New Yorkers saying “the only thing we have to fear is fear itself” de Blasio surrendered, giving everyone in the city fear and paranoia.

There needs to be a city-wide outcry against de Blasio shouting him down from every open window. But where are our city’s politicians, where are our religious leaders, where are the activists, the community organizers? Where are their booming voices now that we need them to get our city back on track, to re-open our city, protect our school kids, save our fellow New Yorkers from economic collapse, fear and desperation? Alas, they are all in hiding, scared to death of the CCP virus, hunkered down in isolation, living in bondage, hording their toilet paper.

The Spanish Flu killed 675,000 in the U.S. but political leaders still led, the city council still met, and people still voted. When the Blitz hit England and bombed the House of Lords, Parliament still met and gave the people hope and courage. Our heroic firefighters and police officers ran into the burning towers on 9/11 giving up their lives to save our fellow New Yorkers. In the worst of times, leaders rose up fearlessly leading their constituents to have faith, hope, and conquer the enemy.

We don’t have any real leaders today except for President Trump, our Commander in Chief, who is courageously leading the battle to defeat the CCP virus! He’s guiding us to be strong, to know that faith defeats the pandemic, courage wins the battle, hope is triumphant.

How many more months are people going to stay imprisoned in their homes and look out their windows? We say no longer! Open our city and let us breath free, do business, dine at our favorite restaurants, have meetings, go to the beach, to weddings, to the game, to church, to synagogue, socialize, drink beer with friends, be free! Most importantly, to vote! To vote every Democrat out! Boot out the enemies of freedom! Elections have consequences. Voting matters now more than ever! Open America Now!