We will never forget Sept 11, 2001. Never forget the innocent lives lost, and the firefighters, police and first responders who died in the line of duty while saving others. 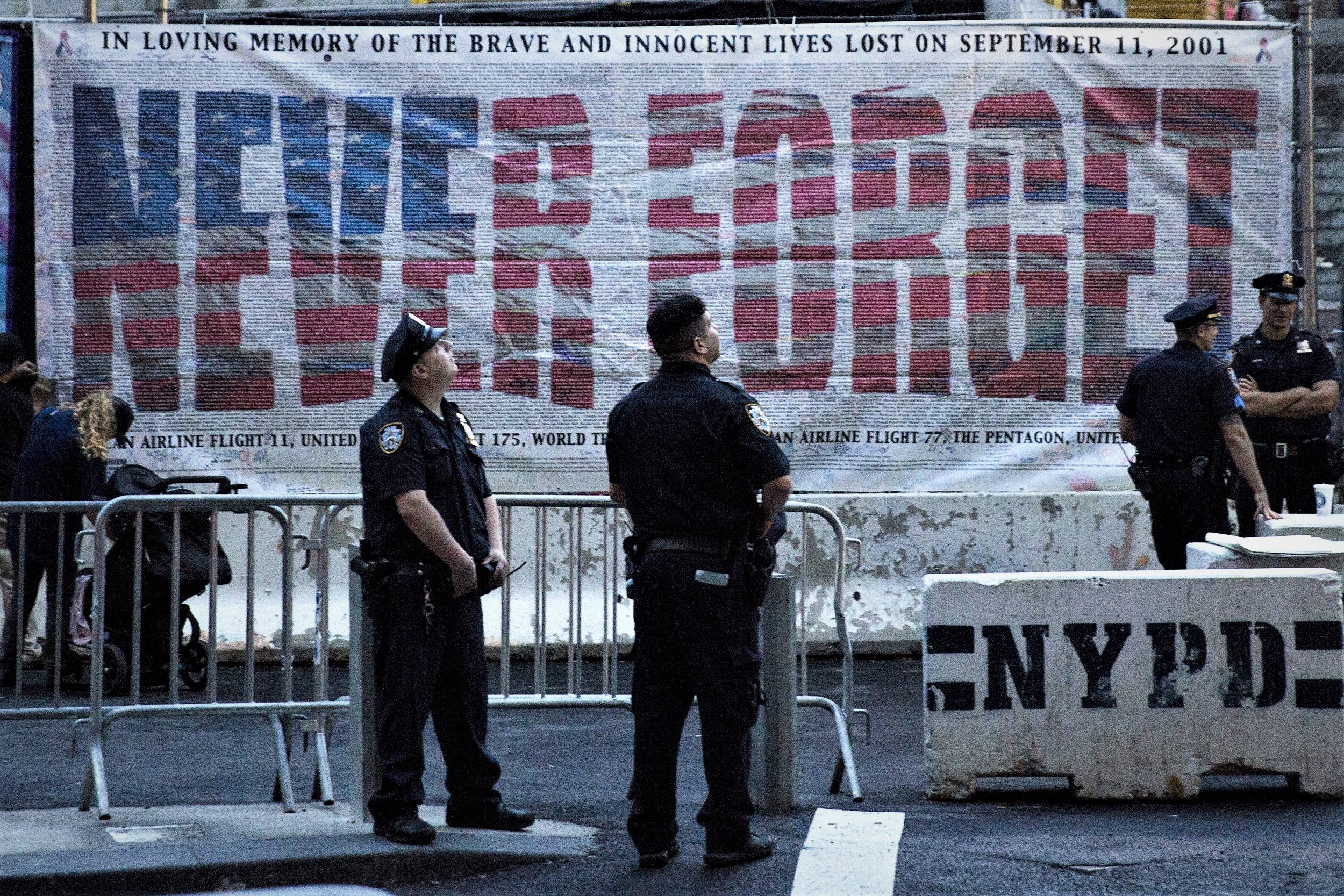 We are now approaching another anniversary of 9/11 and it stills haunts many of us many years later. Like many of my fellow Americans, I seem to be reflecting on that year. First of all, this date brings out emotions of anger and feeling of loss of so many good people. Let’s look at the numbers at the World Trade Center. The total was 2,823 and of those 23 were police officers. 34 Port Authority officers and 343 firefighters. At the Pentagon, 125 were killed, not to mention those on Flight 91, where an additional 41 died fighting terrorists when it crashed in Shanksville, Pennsylvania. These may be be purely numbers, but every soul had a story to tell and did in the months that followed. And many of us would read their stories and feel that we knew them too. This evil took place on Sept. 11, 2001 starting at 8:46 a.m. American Airlines Flight 11 out of Boston hit the North Tower and we were in shock. Than, United Airlines Flight 175 hit the South Tower and we were under attack. This nefarious and egregious act of hate caused our spirit to swell with a renewed sense of patriotism. Flags were flying all over this great nation of ours. Churches and Temples were full. America was working hard to raise money to help the victims. On TV funerals were being broadcast for fallen heroes, brave men and women, especially firefighters and police officers, who died. It truly was a time that did try men’s souls. It was a time where strangers became as friends as we banded together to fight a common foe. I remember serving as a usher a few days after the attack at St. Anastasia Parish in Douglaston for a interfaith prayer service as Grand Knight of St. Anastasia Knights of Columbus Council # 5911. The service consisted of prayer cards. At that moment I saw a women who came up to me with tears traveling down her cheeks, who wanted to know where to place the prayer card. I took her prayer card and placed it in the proper area. I learned a few days later that her husband was a retired firefighter and whose body was found at ground zero. It made me quite sad. I found many people that lost love ones or knew someone and that there were many towns that lost someone all over the tri-state area. I remember walking on Sunday after the attack to the Whistle Stop which was a store next to the LIRR station in Little Neck. I was walking behind a young woman who was jogging. The railroad gate was down and she tried to get under the gate but a policeman stopped her. She remarked at that and said,” He is right to stop her because I don’t want to die .I have just lost my husband at the World Trade Center.” I later had some time to reflect and thought to myself, here was a woman who had just lost her husband and so young. They probably had many hopes and dreams of life and those aspirations died on 9/11. In closing, as I was reflecting on that day of infamy, Sept. 11, 2001, I remember being at work at Northeast Plumbing in Great Neck and we have just gotten a call from a co-worker named Peter Kirshner , who was at home on his computer  and told us the North Tower had fallen. This was just the beginning of many sad things that occurred that day. We knew after the next tower had fallen we were at war. But as things would be, we were blessed with good leaders and through the words of Mayor Rudy Giuliani, who said we would get through this and he was right, not to mention the help we received from Governor George Pataki. We also heard from President George Bush, who said,” We must defeat the evil-doers where they hide.” As Americans, we have been through a lot, but we did survive. When things were at their very worst we found the mettle to be at our very best. We found a renewed spirit and a deeper sense of spirituality and a determination to do what is necessary to overcome the evil on that day. Remember this too: We are one nation under God, so God bless America.

« PreviousA Night in D.C. That Should Never Have Happened in America: Time to Investigate
Next »Forensic Analyst Suggests Roger Stone Interview On “The Mo’ Kelly” Show Was Altered to Fuel Media Frenzy Over Alleged Racial Hoax