November 12, 2013by Phil Orenstein in Club News, Past Events 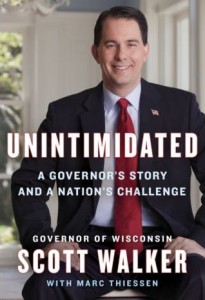 The Federalist Society – Long Island Lawyers Chapter and the Hofstra Law School Student Chapter are proud to host Wisconsin Governor Scott Walker as he discusses his new book and his experiences as governor during his first term.

This is a FREE EVENT, but space is very limited. An RSVP is REQUIRED for admittance. Please email your RSVP to LIFederalistSociety@gmail.com.

Limited copies of the Governor’s book will be available for sale and signature for the discounted price of $24 (cash or check only). 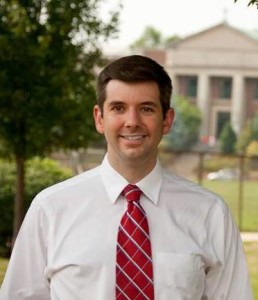 You are cordially invited to attend the kickoff fundraiser for Frank Scaturro, Republican and Conservative Candidate for New York’s 4th Congressional District.

November 11, 2013by Phil Orenstein in Club News, Past Events 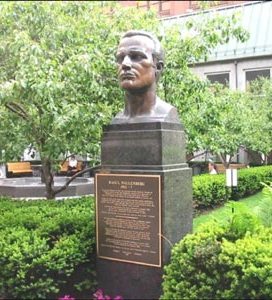 Prof. Gerald Matacotta will be speaking on Raoul Wallenberg at the Institute for Jewish Studies Program on Monday evening.

Gerald Matacotta received his BA and MA in history from New York University. He has also studied at the University of Virginia, at Oxford and at Yale. For 32 years Jerry worked for the NYC public school system teaching the entire repertoire of social studies courses while also pursing his love of volleyball both as player and coach. Twelve years ago Jerry helped to establish the History Seminar Series within Queensborough Community College’s School of Continuing Education. Since that time Jerry has taught more than 70 history topics, never repeating any, to a loyal following of adult learners. His eclectic classes range from classic Greek and Roman History to the History of Railroads and the Federal Highway System and in 2007 he was named the Queens Educator of the Year. Recently Jerry has been actively involved in fundraising efforts to commission and locate an appropriate display venue for a bust of Raoul Wallenberg. Through this project, Jerry has developed a deep admiration for this fearless and honorable Christian who saved so many Jews from Nazi persecution.

November 7, 2013by Phil Orenstein in Club News, Past Events

This month’s meeting will be devoted to a post mortem on the election results.
The featured Speaker is Eric Mingott who is planning to form an Hispanic-American Republican Coalition and will speak about his attempts to convert Hispanics in Queens to the Republican Party. He is a proud Republican and a former Marine who presently works as a tax accountant, but his heart is – and forever shall be – in service to the public. Mingott was a hopeful for the 35th Assembly District until his dreams were crushed after he was knocked off the ballot as a consequence of the internal war going on within the Queens GOP.
During his campaign in 2012, Mingott had taken the time to register friends and family with the Republican Party so that they could serve as witnesses to his petitions. “Family, friends, they registered Republican because of me — and we’re glad and proud — but the BOE didn’t process them in time,” he said. Doors open at 7:30 with free refreshments. General business meeting begins at 8 PM. The meeting all/restaurant is located at 247-63 Jericho Turnpike, Bellerose. Parking is available at the Queens County Savings Bank lot next to the barber shop.

THANK YOU FOR YOUR VALIANT EFFORTS ON BEHALF OF OUR CANDIDATES!!

Although we were outnumbered as much as 6 to 1 or more in some council districts, our local candidates stepped up to the plate fought courageous battles to represent us. Alex Blishteyn, Dennis Saffran, Joe Concannon, Scherie Murray, and Sunny Hahn and their teams deserve our love, admiration and praise for fighting for the good of our city and making a huge difference. No doubt we feel disappointed and disheartened by the results of the election and the future of NYC looks very dark. But let’s continue the friendships we’ve made through this campaign and stay positive and carry on the fight to build the party here in Eastern Queens. We met so many great people and our candidates are the true leaders of the people here in Queens. But we cannot wait until a few months before the next election to form a campaign team. We need to build the team throughout the year and organize to be victorious in the next election cycle. If this election taught us anything, it is that we cannot go back to sleep, but that we need to build our organization starting tomorrow.

The Queens Village Republican Club plans to do so. We will capitalize on the momentum of these campaigns and build the base for future political contests. We hope you will all come to the Club General Meeting tomorrow evening at Trattoria Lucia Restaurant and join our Club. Dues are only $25 per person or $45 per couple. Next month we have our annual Christmas Dinner. We invite you to become active in the oldest continuously active Republican Club in America!

With the anti-police, anti-business big government agenda of the newly elected “progressive” (read communist) de Blasio, Letitia James, Scott Stinger, new Brooklyn DA Kenneth Thompson et al  regime, we may unfortunately see our beloved New York City go down in flames.  It is a regrettable reality that we will see higher crime rates, lower property values and a mass exodus of the wealthy further eroding the tax base of a growing welfare state. The Queens Village Republican Club vows to grow and build on the momentum of the previous campaigns and be ready to step in and “pick up the pieces.”  We hope you will all play a part in it.