Organized rallies and caravans, from Albany to NYC, to Montauk. Founded Sept. 2020, their goal has been to create energy among patriotic American voters, and to turn said energy into action.

More info and speaker bios below 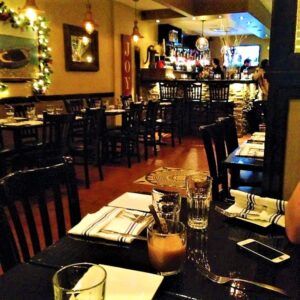 Pita Park Restaurant is our new venue for our Club’s 2021 Holiday Party. It is located at 146 Tulip Avenue in Floral Park Village. There is free parking in the rear of the restaurant. The date is our normal meeting date, Thursday, Dec. 2 at 7:30 PM. The cost for a three-course dinner with soda, coffee/tea, and dessert is $50 per person, tax & tip included. Pita Park is a Greek restaurant. Cash bar. No COVID vaccination documentation required. You do not need to pay in advance, but reservations are mandatory. Leave message at 718-343-8830 or email at jtrent8830@aol.com. Limited seating so RSVP today!

The menu includes choice of Caesar salad or Greek salad, or lentil soup, or chicken soup. Entree choices: salmon, or chicken stuffed with feta cheese and spinach, or lamb gyro. Side vegetables included. Dessert is baklava. The restaurant can provide a vegetable plate for those wishing it.  Let’s end the year with a festive gathering at this highly rated local restaurant. 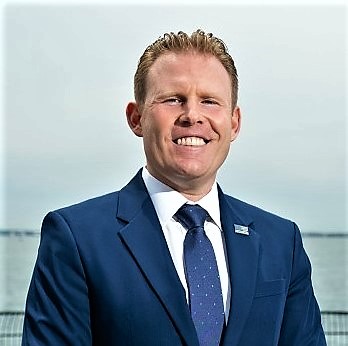 Andrew Giuliani is a lifelong New Yorker who was born and raised in Manhattan. He achieved academic All-ACC honors at Duke University before graduating in 2009 and then turning professional in golf where he won eight tournaments. During that time, Andrew interned in finance and real estate at CapRok Capital, Brownstone Investment Group, and Jones Lang Lasalle. In 2016, Andrew volunteered on the Trump Campaign in surrogate relations, traveling to the Republican and Democrat National Conventions and all three Presidential debates. He then joined the Trump administration as Associate Director of the Office of Public Liaison in 2017. In 2019, he was promoted to Special Assistant to the President. His role consisted of working with high-level business leaders and CEOs to help President Trump and his Cabinet Secretaries craft policy, specifically including the 2017 tax cuts, the deregulation of businesses of all sizes, and was proud of his work on the Opioid task force.

In his final year at the White House, Andrew was directly involved with several initiatives that saved millions of American jobs amid the coronavirus pandemic. He collaborated with the Department of Treasury and business leaders to craft the Paycheck Protection Program and worked to vet and shape President Trump’s Great American Reopening Committee.

After leaving the White House, Andrew worked as an on-air contributor and political analyst for Newsmax Television. He is currently on the board of the United States Holocaust Museum and has been involved in helping Tunnel 2 Towers, Heart of a Lion Foundation, The First Tee, City Meals on Wheels, Leukemia & Lymphoma Society, The Maurer Foundation, and United Cerebral Palsy. He is married to his best friend in the world, Zivile. They met at Yankee Stadium on September 25, 2014, Derek Jeter’s last home game as a New York Yankee. They were married on July 14, 2017, at Saint Joseph’s of Greenwich Village and celebrated 100 yards from where Andrew’s great grandfather first stepped foot in America, in Battery Park. Learn more. 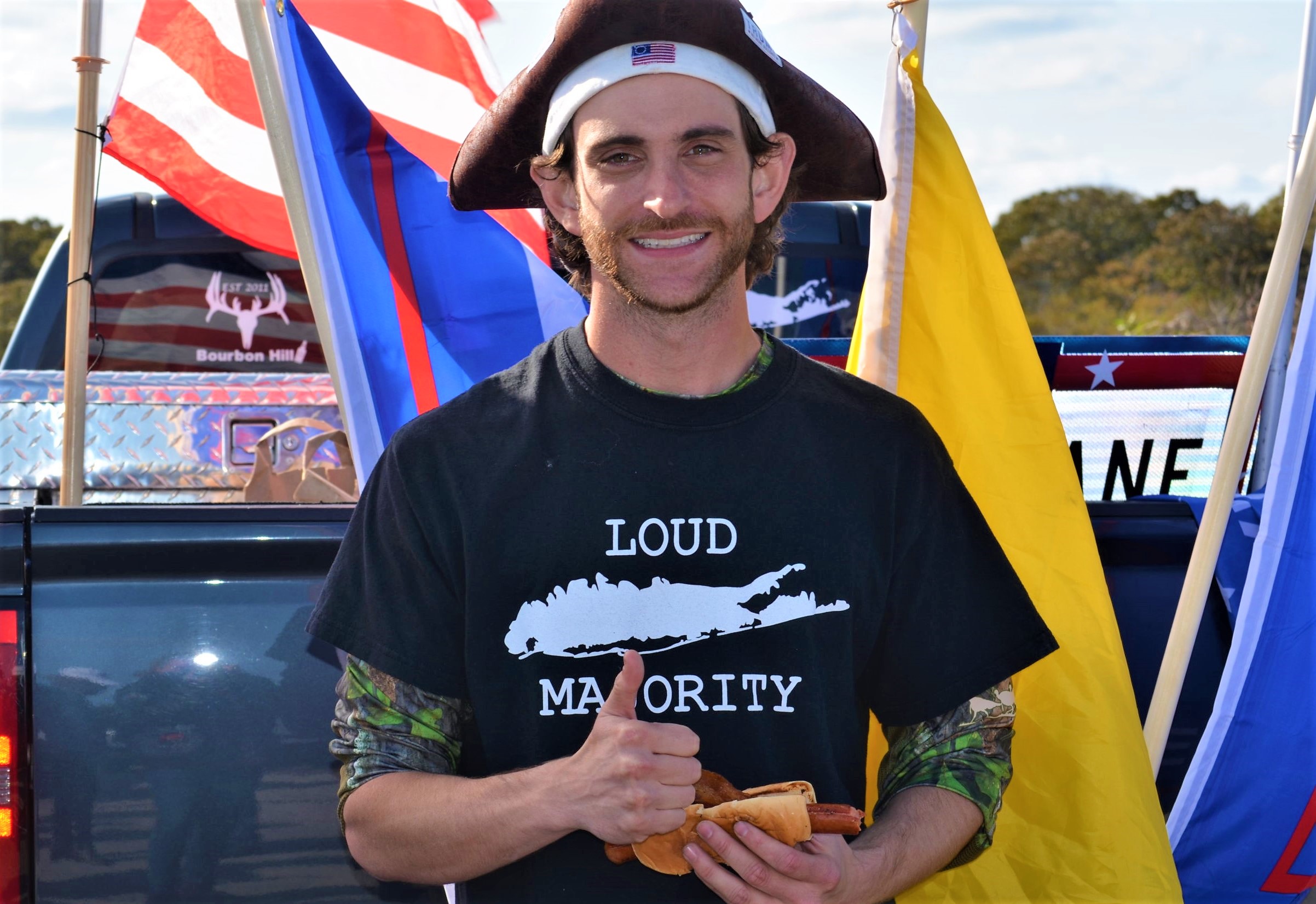 Shawn Farash of West Babylon, is a salesman, podcaster and self-described constitutional conservative, and organizer of Trump rallies and Trump caravans with 100’s of vehicles and 1000’s of supporters of President Trump. He is the founder of Long Island Loud Majority and a former Hofstra University Student majoring in Radio Communication.

The Long Island Loud Majority was created to bring the “Silent Majority” together and collectively prove, to itself and to the country, that when operating as ONE, we are not SILENT, we are a very loud, passionate, and emboldened MAJORITY.

Since our inception in September of 2020, our goal has been to create energy among patriotic American voters, and to turn said energy into action. We have coordinated and organized a number of rallies and caravans, from Albany to New York City, to Montauk, resulting in an awakening not just in our home state of New York, but in various states across the country. The behavior has begun to change, from passive to active, as a growing number of Americans are becoming exceedingly tired of watching their liberties eroded away by an ever-expanding government. Read more