Jesus Gonzalez
Republican Candidate for Assembly in the 39th AD

ABOUT OUR SPEAKER: JESUS GONZALEZ 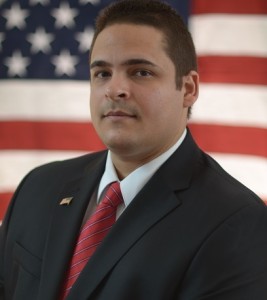 Jesus Gonzalez II was born in Cayey, Puerto Rico. At the age of 16, while attending high school he started serving the community as the youngest volunteer fire fighter in Cayey, Puerto Rico. While working every day after school, and on the weekends, he attended emergency medical technician courses, and also decided to work as a volunteer with the Puerto Rican civil defense: where he helped save many people from danger (including natural disasters, fires and car accidents). Jesus graduated from Universidad del Turabo (Turabo University) with a degree in business administration in 2005. In 2007 he received an MBA from the Universidad Del Turabo in Business.

In 2008, Jesus Gonzalez II, resigned from his Public Service job in Puerto Rico and moved to Queens NY. Jesus’ first job was with Fresh Direct as a Human Resources Coordinator, this was a temporary assignment for only three months. After his contract had expired with Fresh Direct, he decided to learn more about the food industry, and worked at Burger King as Assistant Manager in Seaford, NY. When Jesus started the company was down on sales and low morale: Jesus with his efforts and enthusiasm for providing proven leadership built a more productive and pleasurable working environment for all of his employees and implemented customer service strategies to increase sales and customer satisfaction. In 2010, he found a Job working as a Human Resources Director for Madame Paulette, company located in Long Island City, NY, and in 2012 he started working as Human Resources Director for Delgado Travel located in Jackson Heights.

ABOUT OUR SPEAKER: CARLOS SANTIAGO 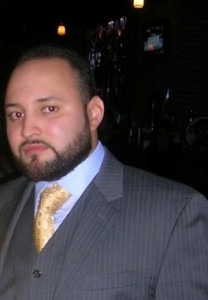 Carlos Santiago-Cano moved to Astoria during his freshman year of college in the spring of 2008.  As a second generation immigrant from Bogota, Colombia Carlos graduated from Kingsborough Community College in 2009 with an Associate Degree in Business Administration. As a student of Kingsborough Community College Carlos graduated with Honors and received a Development Award, while being named to the Dean’s list. Carlos also transferred to Baruch college where he Majored in Finance and minored in Political Science.

After 2 years of working with Bank of America, Carlos resigned from his position as Banker.  In February 2012, Carlos entered the hospitality industry and started his own company “A QualitieZ – Products & Services”.  “A QaulitieZ” (pronounced “A Qualities”) company provides hospitality and car services in the New York City region throughout the five boroughs, with an annual Gross Profit of Two Hundred Thousand Dollars in its second year of service.

In August of 2013, Carlos Santiago was elected the Chairman of the Latino National Republican Coalition of Queens NY.  As Chairman, Carlos has continued educating the Latino Community of Traditional Republican Principles, and encouraging active political participation and voter’s registration in Queens County.

ABOUT OUR SPEAKER: SCHERIE MURRAY

Scherie learned early on the importance of hard work, education and community. Born in Jamaica, West Indies, Scherie S. Murray came to America with her working-class family at the age of 9.

Graduating with an outstanding community service award from Law, Government and Community Service Magnet High School in Queens, New York, Scherie was also the captain of her high school’s gymnastics team. Scherie is a CUNY Alumnus. Her educational achievements also include degrees in the field of Computer Science and Broadcast Journalism.

During her College tenure, Scherie taught gymnastics in an after school program at PS 105 in Far Rockaway, Queens. She was nominated to participate in a debate on Global Governance in ATHGO’s 4th annual Global Forum at the United Nations. And, with a passion for community service, Scherie also volunteered and served as senior editor on the college newspaper – Tech Times.

Scherie Murray is an Entrepreneur; in 2004 Scherie had the vision of starting her own company. With a mission to address the needs of employment opportunities in media for minorities, Scherie founded The Esemel Group Inc., a Television Production and Advertising Company. Through production and programming, The Esemel Group Inc. generated employment for minorities in New York City.

Scherie Murray is a budding Community Leader; running for City Council in 2009 and 2013. Scherie ran a historical campaign, becoming the first Caribbean Black Republican female seeking office in District 31. Scherie’s position of unity became clear when she called on her party to publicly denounce the passage of intro 1079 and 1080. Holding a press conference on the steps of Queens Borough Hall to open up a larger dialogue for better solutions with regards to public safety.

Elected to State Committee of the 29th Assembly District in Queens County, scherie now has to carry the torch of rebuilding the Republican Party in South Queens. Nonetheless, because of her grassroots efforts since 2008, Scherie will continue to revitalize her district, increase voter enrollment and identify young leaders like herself in South Queens.

Scherie is also a proud mother of two.