SPECIAL PUBLIC FORUM:
“Could New York City be the Next Paris?”

A panel of experts will discuss Homeland Security issues in NYC. Terrorists are plotting attacks like the one on the staff of the magazine Charlie Hebdo in Paris. Another attack on NYC is “not a question of if, but when.” Are we prepared? 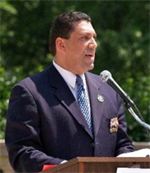 Anthony Mele is the Founder/President of AMI Global Security.  He is an International Security Consultant.  He holds an MA, Diplomacy – International Conflict Management, Norwich University, Vermont, a BS, International Relations and Counter-terrorism, SUNY.

Mr. Mele has extensive international security consulting experience and expertise in the arena of asset protection management. He has provided professional services contracted to the Department of Defense,  The United Nations Office for Narcotics Trafficking and Border Security in Uzbekistan, The United Nations Assistance Mission to Afghanistan,  Members of the Diplomatic Community, Office of the Mayor, Emergency Preparedness, Washington, DC, International Corporations, Senior Military Officers, government officials, celebrities, and members of the Saudi Royal Family, among others.
He has been lauded for his efforts by the President of the Republic of Angola, Director, US Office of Drug Policy, Governor and Senate of Puerto Rico, Governor and Mayor of New York, the President and Tribal Council of the Rosebud Sioux Tribes, among others.

Mr. Mele has been an invited guest speaker to a variety of organizations and events to include the National Security Agency, New York Police Academy and 26 New Jersey Law Enforcement Agencies.
His military decorations include the Army Commendation Medal, 1st OLC for heroism, Meritorious Service Medal, Good Conduct Medals  and a variety of individual achievement awards and recognition pins from: the FBI, US Marshall’s Service,  US Secret Service, US Congress and Insignia Medallion from the Director, National Security Agency. He holds the rank of “Chevalier” Knights Templars in the Sovereign Military Order of the Temple of Jerusalem. An internationally recognized Chivalric Order that holds a seat in the council of NGO’s at the United Nations. 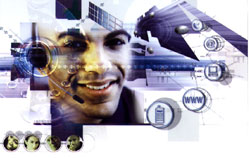 Thomas Ruskin has been the President of the CMP Protective and Investigative Group, Inc. for over the past decade. The CMP Group is an internationally recognized investigative and security firm with clients and corporations from around the world.
Thomas Ruskin is a highly decorated former New York City Police Detective Investigator. He was responsible for Crisis Management for the Mayor, Police Commissioner and Deputy Commissioners of Operations and Crime Control Strategies for New York City. He has been involved in cases that have received worldwide attention, including the 1993 terrorist attack on the World Trade Center, the NYC subway system bombing, airline crashes, police shootings, hostage situations and major organized crime and narcotic cases.The majority of Mr. Ruskin’s background ranging over two decades in law enforcement, has been spent in the field of investigation. He began his career with the Department of Investigations Inspector General offices of the Department of Environmental Protection and Fire Department, rising to the position of Senior Investigator. In the NYPD Mr. Ruskin was assigned to the Burglary Latent Print Unit, Anti-Crime Squad, and the Organized Control Bureau-Narcotics Division’s Special Projects Unit. He was responsible for cases that lead to arrests of individuals who committed Federal and State crimes and was responsible for a 3 million dollar federally subsidized undercover program.Mr. Ruskin’s background includes responsibility for the protection of President Bill Clinton, Vice-President Al Gore, Mrs. Hillary Clinton, Mrs. Tipper Gore, 1998 Presidential candidate Senator Robert Dole and other national and international dignitaries and Heads of State. Mr. Ruskin has received specialized training from the NYPD Intelligence Division and the United States Secret Service in Dignitary Protection.Mr. Ruskin is recognized as an international investigative, security and crisis management
expert by various news organizations including NBC, ABC, The Today Show, Good Morning America, CNN, Fox News Channel,Sky News and 1010 WINS News. He has made frequent appearances on various TV and radio shows.Learn more about Thomas Ruskin and CMP Protective and Investigative Group, Inc.
_________________________________________________________________________________________________ 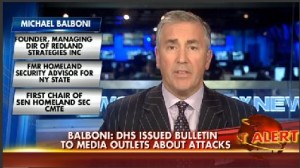 Former New York State Senator and Deputy Secretary of Public Safety under two New York State Governors, Michael Balboni is the President and Managing Director of RedLand Strategies, Inc., a consulting firm that provides the expertise, experience and contacts necessary to help companies and government agencies position themselves to get through a crisis, improve business performance, and maximize growth.
Prior to forming RedLand Strategies, Mr. Balboni had been a leader in New York security, politics and government.  Following the tragic days of September 11, 2001, Mr. Balboni was appointed as the first Chairman of the Senate Homeland Security Committee. During his tenure, he wrote nearly all of the major laws relating to Homeland Security for New York State, many of which became models for national legislation.In 2007, he left the New York State Senate to become Deputy Secretary for Public Safety and Homeland Security Advisor for New York State where he managed an agency of 63,000 employees with a $5 billion budget. Michael also oversaw the creation of programs such as New York Alerts, the Critical Infrastructure Suspicious Activity Reporting system for the State, as well as ensuring that hundreds of millions of dollars went to state and local first responders to make our city and state safe.In addition, Senator Balboni has served on transition teams for President Obama and Governor Cuomo. He is also a Senior Fellow with the Homeland Security Policy Institute (HSPI) at George Washington University and serves on the Spending and Government Efficiency (SAGE) Commission.Mr. Balboni currently serves on several homeland security think tanks, charitable boards dealing with public health and is a regular contributor as a terrorism expert on national and local television and print media.At RedLand Strategies, Mr. Balboni specializes in providing extensive experience on a broad range of public safety, homeland security, and government relations issues.  Through strong relationships with key governmental officials at all levels,  Michael Balboni is able to get the right meeting with the right official  for his clients, both domestic and international.  His vast knowledge and qualifications place Michael Balboni at the intersection of government relations, crisis management, media strategy, business development and homeland security.