Luminary and popular conservative speaker who served on faculty of the English Dept. of St. John’s University. His book “A Passage to America” will be available for sale and signing.

Lifelong teacher, neighborhood historian and preservationist. She is leading the fight to landmark St. Joseph’s Episcopal Church and save it from demolition. She will tell the story of St. Joseph’s, an historical Queens Village church that prominent QVGOP members belonged to since its inception.

Additional speakers to be announced

Coffee and refreshments will be served 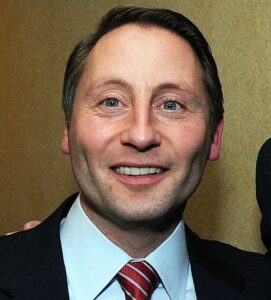 Rob Astorino is a former two-term Westchester County Executive who currently works as a business and media consultant, and serves as an independent director on two company boards. Previously, Astorino was a National and Political Affairs contributor for CNN, and was appointed by Cardinal Timothy Dolan as his delegate to the Mother Cabrini Health Foundation.

In 2014, Astorino was the Republican nominee for Governor of New York. Written off by the media and political class and thoroughly outspent by a popular governor in a heavily Democratic state, Astorino stunned everyone by holding Andrew Cuomo to only 54%, the closest election of Cuomo’s career.  Astorino’s impressive 40% and 500,000 vote deficit was by far the best GOP performance since Gov. George Pataki won re-election in 2002.  Astorino painted the state red, sweeping 46 of 62 counties and winning the state outside of NYC.

A Wall Street Journal editorial called Astorino’s economic blueprint at the time, “A Plan for New York’s Revival.” Astorino famously challenged Cuomo in their one and only debate to “look voters in the eye” and tell them he wasn’t under federal investigation for corruption. Cuomo declined. Astorino then called on voters to help him end “Cuomo’s cesspool of corruption.” Seven years later, with Cuomo mired in even greater scandals and the state falling even further behind, many now realize Astorino was years ahead of his time in calling out Cuomo’s corruption and incompetence and have urged him to run for governor again.

Astorino was twice elected Westchester County Executive by 13-point margins in a county with almost three times as many Democrats as Republicans.  He won the Hispanic vote, captured more than a quarter of the Black vote and pulled in more than 20% of Democrats.

​His record as a strong executive is unmatched. In his eight years, Astorino built a bipartisan coalition that reduced property taxes, held spending flat, decreased the workforce by 16%, grew the economy, reached ground-breaking labor contracts, and negotiated major public-private partnerships for Playland Amusement Park, Westchester County Airport and the $1.2 billion North 60 Biotech complex.  He also gained national attention by standing up to and defeating HUD in its attempt to dismantle local zoning.  And despite his record of bipartisan governance, Astorino would use his veto pen when necessary to stop tax hikes or when he vetoed legislation that would have made Westchester a “Sanctuary County.”

Before taking office as County Executive on Jan. 1, 2010, Astorino had a long career in the TV and radio industry. He was the station manager and program director of The Catholic Channel on Sirius-XM Satellite Radio and hosted a weekly radio show from St. Patrick’s Cathedral with the Cardinal-Archbishop of New York. In 2001, he helped launch Disney’s ESPN Radio in New York and became the station’s senior producer, as well as executive producer of “The Michael Kay Show.”

Astorino earned a BA degree in Communications at Fordham University, where he also minored in Spanish and Political Science. In 2001, he studied in Barcelona, Spain, and received a Spanish Immersion Diploma from the Enforex School of International Studies and speaks Spanish to this day.

Astorino is a lifelong resident of Westchester. He and his wife, Sheila, are the parents of three children: Sean, 17, Kiley, 16, Ashlin, 11, and two dogs, Bella and Luna. 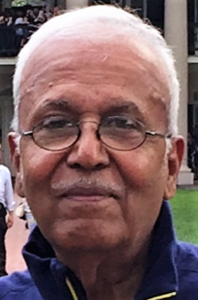 Professor Joseph M. Cheruvelil was born and brought up in the Lake District of Kerala, India. Often described as God’s Own Country, the state is well-known for its lush green mountains, spice estates, rice fields, coconut groves, white sandy beaches, and snake-boat races. Educated in Kerala, Illinois, and Mississippi, he served on the faculty of the English department at St. John’s University in New York City for almost 40 years until his retirement in 2005. He was awarded the University’s Gold Medal for Outstanding Achievement in Teaching. He currently serves as a member of the board of directors of the Spartan Health Sciences University in St. Lucia.

A loyal son of Mother India, now a US citizen, he is a widely traveled and well-read observer of life in several countries. For decades, he has been very active in the Indian community in New York. He is a founding member of several organizations including Kerala Samajam of Greater New York, the Pioneer Club of Keralites, Bharath Boat Club, and the American Sargavedi, a monthly forum for literary discussions. He is involved with various nonprofit organizations and has authored several articles for Indian-themed publications. 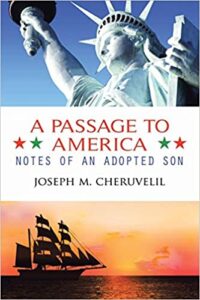 A Passage to America: Notes of an Adopted Son is an anecdotal autobiography of Prof. Joseph M. Cheruvelil, a naturalized citizen of the United States. Submerged in this long narrative is a social history of three generations from British subjects in India to Baby Boomers and Millennials in America. Prof. Cheruvelil, who taught many years at St. John’s University in New York, is a Catholic in religion, a Hindu in culture, a conservative in politics, and an eclectic in taste.

The book abounds with succinct comments on the major issues and potentates of the world from a global perspective. Education is its primary theme, geography and history its guides, and myths and legends its images. 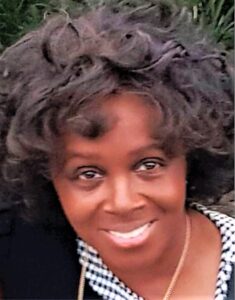 Maureen Grey, a native of Jamaica, W.I., moved to Queens as a child. She was educated in Queens Village and graduated from St. Joseph’s Parish Day School. From there she attended The Cathedral School of St. Mary, a college preparatory in Garden City, NY. Ms. Grey majored in History and minored in Education at the College of William and Mary. She also is a founding member and president of the Xi Lambda chapter of Zeta Phi Beta Sorority, Incorporated and a theater group at William and Mary.

Since teaching was Ms. Grey’s aspiration since 4th grade, she went on to teach in several religious-based and secular private schools in Manhattan, Nassau, and Queens Counties after graduating from William and Mary. While teaching at St. Francis Prep, Ms. Grey earned her Masters degree in Social Studies Education from Adelphi University.

Over the years Ms. Grey devoted much time to her church, St. Joseph’s Episcopal Church, Queens Village where she served as Sunday School teacher, co-founded the Episcopal Fellowship of Young Adults group, sang in the choir, directed plays, and chaired its 125th Anniversary celebration committee. In addition to that, Ms Grey was also a teacher at the St. Joseph’s Parish Day School, her alma mater, where she mentored an 8th grade team to earn a second place award in the Newsday’s Stock Market Game.

In the early 2000’s, Ms. Grey left full-time teaching to care for her parents, but she managed to work in several posts that involved education, market research, retail or customer service. She also earned two certificates in leadership from Adelphi during this time.

After her parents’ passings, Ms Grey returned to education serving as a full-time or substitute teacher on the secondary and elementary levels. Additionally, Ms. Grey has been teaching entrepreneurial skills at summer camps in Nassau County run by non-profit organizations since 2012. 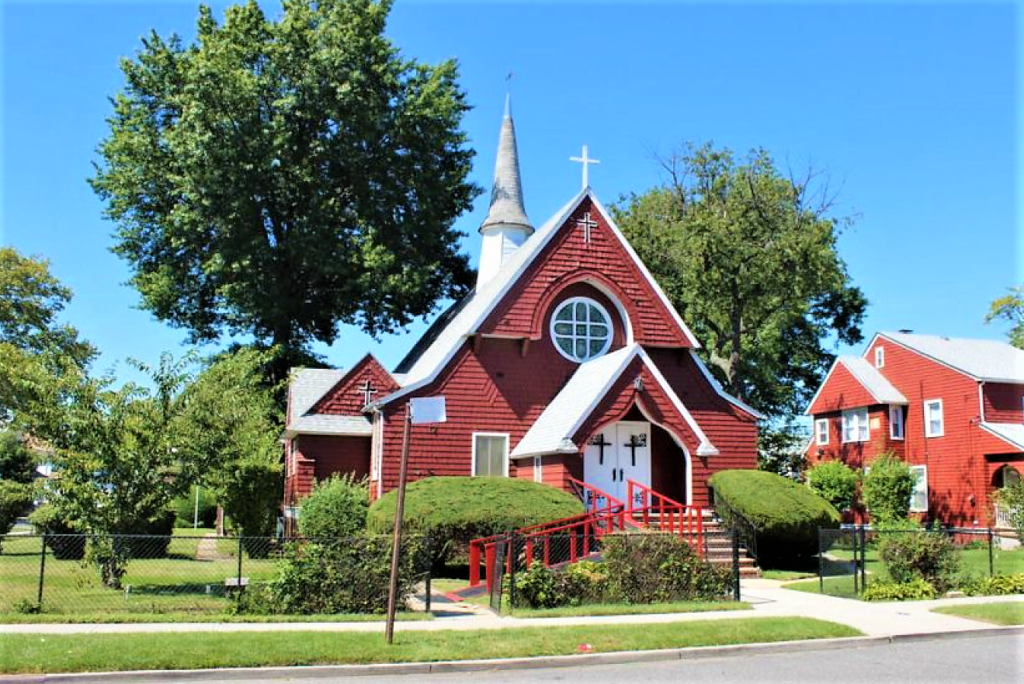 Ms. Grey’s love for history and her beloved church, St. Joseph’s Episcopal Church, the second oldest church in Queens Village, has propelled her to research its history since 2012 in hopes of updating its history book which was produced in 1950. In doing this research, Ms. Grey has observed that several prominent members of St. Joseph’s were members of the Queens Village Republican Club such as the Hon. William B. Groat, Jr..

With such a rich history, Ms. Grey believes that St. Joseph’s, which was founded in 1870, and many other surviving buildings in Queens Village warrant saving, landmarking, and acknowledgement as the first buildings of the industrial age built in Queens Village or having distinct architecture. So many buildings which served Queens Village as meeting venues, such as the Queens Lyceum, have been demolished and forgotten. With the exception of the Creed House which is now part of Antun’s, there are no colonial structures left in Queens Village. Which is a shame considering 2021 marks the 365 anniversary of the first Dutch settling in an area now known as Little Plains (Queens Village), but there is no original Dutch building to help us see how far Queens Village has grown. Ms Grey believes that it is our duty to learn about Queens Village’s past, record its present, celebrate its diversity, and preserve its historical buildings, especially those which have surrounding land, like the St. Joseph’s Building Complex, which reminds us of what Queens Village was like 100 years ago-a quaint bucolic village not so different from present-day Malverne.

Ms. Grey believes that it is our responsibility whether we live in, work in or pass through communities to get involved in saving those buildings which are a part of our neighborhoods that we value because they provide the quality of life that people desire when they move to Queens-the “Garden borough.” We value modernity in the midst of country charm where walking on a tree-lined street whose houses are brimming with robust gardens can make us feel as if we are strolling in the 1800’s when life and technology were simpler, and people knew their neighbors.

Robert A. Heilein, a futurist author, believed in learning history when he said “A generation which ignores history has no past-and no future.” Preserving and documenting our history can be one way to help unite our Village while helping each other to build our future prosperity together.

Ms. Grey is the recipient of the YETP Youth Program Citation (2018) awarded by the Town of Hempstead, “Above and Beyond Award given by Barnes and Nobles for training new hires. She has also received several nominations for “Who’s Who Among America’s Teachers.”

Besides teaching, Ms. Grey hobbies include researching the history of St. Albans and Queens Village, writing, photography, theatre, and travel.

If anyone is interested in helping to landmark buildings in Queens Village and/or help organize the 150th LIRR Station celebration, please contact her.