MARCH WITH US IN AMERICA’S LARGEST HOMETOWN MEMORIAL DAY PARADE 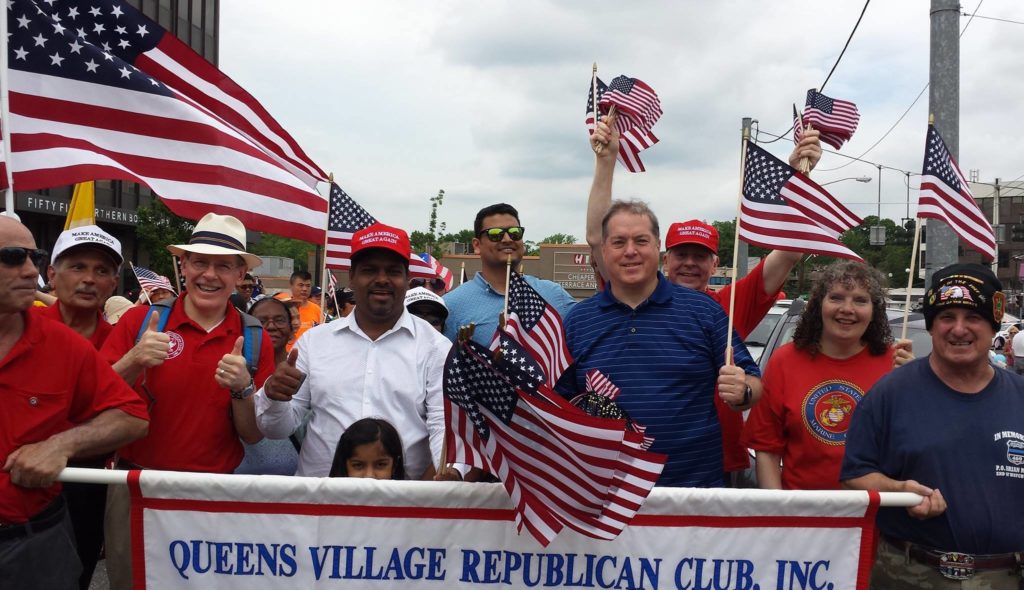 The Queens Village Republican Club proudly marches behind our banner in America’s largest hometown Memorial Day Parade. Join us to show your patriotism and love of country, and for remembrance of those who made the ultimate sacrifice so we can be safe and free in America today. Held annually since 1927, it is a time for all good citizens to come together to honor our veterans and fallen heroes of the United States Armed Forces.

Line up 1:00 pm.
Parade kicks off at 2:00 p.m.
Line up at Starbucks, 55 Northern Blvd., Great Neck, NY
The parade proceeds west along Northern Blvd. to St. Anastasia’s schoolyard at 245th Street. Special Memorial Day closing ceremonies and free food and refreshments for all participants at the end of the parade.

Parking suggestion: Park near the end of the parade route at St. Anastasia Church at 245 St. and Northern Blvd. before 1:00 pm. Then catch a shuttle or walk along Northern Blvd. to Starbucks where the Queens Village Republican Club marching unit lines up for the parade. Northern Blvd parade route is closed to traffic after 1:00 pm. Wear your QVGOP red shirt and bring sunscreen! Bring your kids.

REPUBLICAN CANDIDATES!!  All our candidates are welcome to march with us! However, no political signs, banners or literature are allowed saying “Vote for John Doe” or “John Doe for Congress”. Instead you may say “John Doe honors our Veterans” or “…..Supports our Troops”, etc.